My last post on November 13, 2020 began our discussion on the three parts of self-discipline by examining the conquest of instincts, emotions, and desire. The second part is the need to control one’s thoughts.

The oversized human brain is an entity of ceaseless thinking, especially repetitive, rambling, and often negative thoughts. In addition humans alone of animals can translate these thoughts into speech. The ancients perceived that thoughts and speech required control, again an incredible psychological insight in a prescientific age. 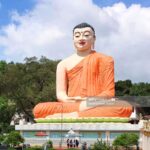 Perhaps of all the ancient sages, Buddha most emphasizes the importance of mastering one’s thoughts and speech, even integrating these into his eight-fold path. While Buddha left no written record, his disciples retained his teachings through an oral tradition, although with some discrepancies. The orthodox from of Buddhism known as Theravada seems to provide the best presentation of Buddha’s eight-fold path. Right thinking and speech are in fact further expanded to right views, right speech, right endeavors, right mindfulness, and right concentration.

Briefly right views are knowledge of dharma or Buddha’s four noble truths and other teachings.2 Right speech means abstaining from lying, slanderous or harsh speech, or frivolous chatter. Right endeavor includes (1) preventing unskilled mental states from arising and eliminating those that happen to arise, and (2) causing skilled mental states to arise and maintaining and increasing them after they arise. Right mindfulness means abiding with contemplation of the body as body, feelings as feelings, mind as mind, and mental states as mental states. Right concentration involves the four jhana or meditations.3 Obviously further study and practice will be needed for readers interested in adopting the Buddhist program. 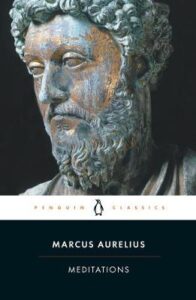 Thus control of thought and speech are the key second item integral to self-discipline, a fact recognized not only by Buddha who developed it explicitly, but by most ancient sages. For example, the Stoic Emperor Marcus Aurelius in his Meditations (Book 4:33) writes, “So where should a man direct his endeavor? Here only – a right mind, action for the common good, speech incapable of lies…”

As instincts, emotions, desires, and negative thoughts are brought under control the self acquires increasing equanimity, and poise. Unconcern for bodily whims, fleeting passions, and trivial social turbulence combined with the control of thought and the development of concentration in purpose leads to mindful calm -‘a luminous mind’ – the great secret of the Eastern philosophers. The last factor in equanimity is the elimination of fear and anxiety, which results from a correct understanding of reality, exemplified by Epicurus who teaches us not to fear the gods or death. In this way the wise person comes to a state called ataraxia or serenity of the soul. The luminous mind and ataraxia represents the highest accomplishment in self-discipline which overflow into another component of the meaningful life, contentment.

2Note the use of the word dharma is different in Buddhism than in Hinduism where it refers to the traditional life of the Hindu.