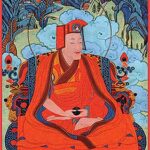 “Unless the mind be trained to selflessness and infinite compassion, one is apt to fall into the error of seeking liberation for self alone.” – Gampopa

After self-discipline, the next component of self-mastery is selflessness (or unselfishness) meaning the unconcern for or de-emphasis of the needs, wealth, or fame for oneself. Of course its opposite is selfishness, seemingly derived from the instinctual drive of life to comply with the first command of evolution – survival of the individual.  Self-preservation in nonhuman animals is mitigated by natural checks that kick in once needs for survival are satisfied. Obviously human history and our own personal experience reveal that such limits are not innate to our species. We alone engage in gluttony to the point of obesity or kill for reasons other than survival. However, ironically, we alone of species have sufficient intelligence to transcend mere instincts when they conflict with reason.

Like self-discipline, selflessness is recognized as essential to self-mastery by most ancient thinkers, although it appears most fully developed in Christianity and Mahayana Buddhism. There are three basic parts: (1) humility, (2) caritas or love and caring for others, and (3) deference to deity or the ultimate. We will investigate these individually and reference some articulate proponents.

Humility is the internally directed portion of selflessness wherein one overcomes the illusion of one’s own greatness and importance by embracing one’s finitude and limited significance. Humility offers four powerful values for a meaningful life. First it creates an openness to the knowledge and wisdom of others. Consider Charles Caleb Colton’s view: “The greatest friend of truth is Time, her greatest enemy is Prejudice, and her constant companion is Humility.” Hebrew scholars are even more direct: “Who is wise? He who learns from all men.”1 Learning and intellectual growth it seems are dependent on a rational humility with regard to one’s own limited knowledge. 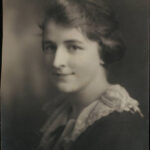 Three other values of humility derive from is its role in removing oneself psychologically from the center or existence. It allows us to participate in something greater than ourselves as Kathryn Hulme observes when she writes: “You must never lose the awareness that in yourself you are nothing, you are only an instrument. An instrument is nothing until it is lifted.”2 This non-centrality of ego is also fundamental to virtue as pointed out by the Cure D’Arts: “Take away humility, and all the virtues disappear.” Last  suppression of the ego turns out being necessary for spirituality especially as a counterbalance to the sin of pride.

These four values of humility – openness, uncentering, virtue, and spirituality are formulated with particular beauty in the East in the words of Lao Tze:

“He who knows honor and yet keeps to humility

Will become a valley that receives all the world into it.”3

Humility then is a strength worthy of our ceaseless cultivation.