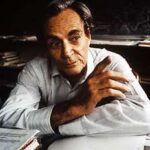 “I can live with doubt and uncertainty and not knowing. I think it’s much more interesting to live not knowing than to have answers which might be wrong. – Richard Feynman, Nobel Laureate in Physics, 1965.

In our investigation of certainty, so far we touched on the definition of knowledge, the place of subjectivity in the concept of truth, and the challenge of skepticism. If we concede that truth for humans does not refer to the actual correspondence of idea and reality and that foundationalism fails rigorous examination, but shudder at the thought of radical skepticism, perhaps we can find a safe harbor in the intermediate position of coherentism. The coherence theory of truth sees true statements as those that cohere with a system of other statements. Thus the coherentist concludes “our beliefs must fit together, and fit with the evidence in such a way as to add up to the most overall coherent picture of reality.”1 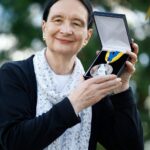 In theory, coherentism does not rely on basic foundational truths constructing a brick wall, but instead on a ‘web’ of items of knowledge interconnected by strands of evidence. (This reminds me of the metaphysics of Buddhism.2) Julian Baggini sides with this more modest framework of truth, but notes the difference may be illusory since most foundationalist models also depend on interlocking beliefs. Other coherentists appear to agree; Baggini cites Susan Haack who argues for ‘foundherentism’ where experience is the foundation of a coherent system. Ludwig Wittgenstein and Bertrand Russell also seem to concede foundational aspects, most importantly that logic must be trusted to inform the web. In fact ‘critical nodes’ on the web are vital to keep it intact. For instance, the principle of noncontradiction is essential to any system of knowledge making it ultimately indispensable rather than indisputable.3

To some extent, I am a coherentist, but then I feel the difference between foundationalism and coherentism is  mostly semantic. The proponents of each must either consider their basic beliefs or their ‘critical nodes’ as certain (beyond a shadow of a doubt as Adler might say) or concede the viability of the radical skeptic’s position. I still believe the best approach of the practical philosopher is to utilize all three theories of truth – correspondence, coherence, and pragmatism – to guide understanding and conduct in an uncertain world, rather than default to any one of the three or abandon oneself to hopeless skepticism.

Next time we will look at humanity’s most successful effort to date at such a threefold reinforcing system of knowledge – science – and ponder how close it comes to certainty.