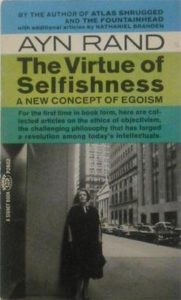 “Man cannot survive as anything but man. He can abandon his means of survival, his mind, he can turn himself into a subhuman creature and he can turn his life into a brief span of agony – just as the body can exist for a while in the process of disintegration by disease. But he cannot succeed as a subhuman, in achieving anything except the subhuman…” – Ayn Rand, The Objectivist Ethics.

Last time we investigated the practical, dogmatic, and spiritual justifications for asceticism. Needless to say there are many thinkers who feel austere living is unnatural and counterproductive; their arguments are the subject of today’s analysis.1 These fall into three basic categories: philosophical, psychological, and moral.

Philosophical objections include: (1) the difficulties of dualism which is a vital premise for spiritual benefit, (2) the inconsistency of any theory that suffering is good as the consequence is that the best world would then be the one with the least pleasure and most pain, (3) asceticism cannot be consistently practiced as it is contrary to human nature (consider primitive peoples), and (4) self-denial leads to frustration and unease which make clear thinking more difficult.  Psychological concerns include: (1) self-mutilation reduces mental health, (2) suppressed desires emerge in negative ways (Freud), and (3) its effects are harmful and may lead to neurosis or negate vitality. Last the moral arguments include: (1) asceticism offers no guarantee of virtue or escape from vice (e.g. it naturally leads to pride), (2) human suffering is inconsistent with the benevolence of God, (3) natural desires are the creation of God hence are ‘good’, (4) abandonment of family and society is immoral, and (5) if suffering is good, then we have a moral duty to make others suffer.

Western philosophers’ commentary on asceticism (other than Schopenhauer) are generally unfavorable. Friedrich Nietzsche offers the ad hominem argument that those who are unable to live well disguise their weakness by inverting morality – good is recast as evil and vice versa. Other thinkers point out that natural desires are in fact morally neutral whereas self-denial makes one callus to the suffering of others. Still others argue that while suffering may be a necessary evil, the duty for man is to better the world rather than worsen it by eliciting suffering in oneself and encouraging it in others. 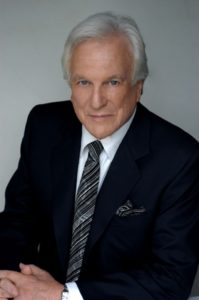 Among followers of Ayn Rand (called Objectivists) is Nathaniel Branden who argues that “neither mysticism nor the creed of self-sacrifice is compatible with mental health or self-esteem.”2 He thinks the sacrifice of one’s desires assures the sacrifice of one’s happiness. Asceticism is contrary to the logic of morality since man must be able to live in order to be worthy to live. Therefore, “these doctrines are destructive existentially and psychologically.”3

Again we arrive at an apparent impasse – asceticism can be viewed intelligently from two poles – as the means to moral and spiritual summit and as unnatural and contrary to human happiness. Next time I will try to formulate a concluding synthesis of this topic.