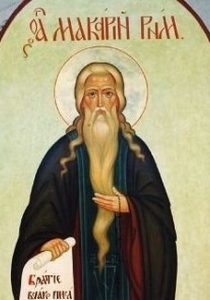 “This is the truth, if a monk regards contempt as praise, poverty as riches, and hunger as a feast, he will never die.” – Macarius of Egypt.

We have looked at the three best known forms of asceticism – Hindu, Cynic, and Christian – noting their function in self-purification, enlightenment, moral strengthening, and salvation. Today and next time we consider arguments for and against asceticism from which we can hope to extract a sound approach.1

The traditional justifications for ascetic practice fall into three groups: practical, dogmatic, and spiritual. Practical reasons for austere living include recognition that (1) our lower desires require great effort and are ultimately insatiable, (2) some lower desires are unethical or indifferent, hence of no genuine value, (3) even when good, lower desires are less good than higher virtues, and (4) they  interfere with knowledge and reason. All of these rationales are indirect and defend partial or limited self-denial rather than strict abstinence.

Dogmatic justifications for austerity include: (1) Biblical authority, (2) analogy to taking up the cross of Christ, (3) the requirement of denial of sinful desires for meaningful penance and elimination of guilt, (4) proof of devotion to God, and (5) character development. Most of these are direct obligations of Christian faith, but also partial restrictions.

Spiritual justifications such as those promoted by Hindus and Buddhists are direct and more complete. They use  asceticism to eliminate desire in order to allow liberation from this world of pain. Of modern philosophers, only Schopenhauer advocates rigorous asceticism, in his opinion, as the means to annihilate the will to live which is for him the primary cause of human suffering.