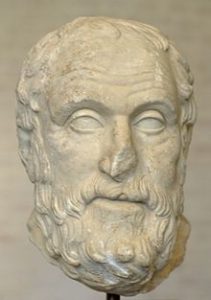 “Nothing is certain; not even that.” – Arcesilaus.

Closely related to chance, complexity, chaos, and accident is the concept of uncertainty. The road to understanding uncertainty in reality is sinuous. It begins in ancient Greece when Democritus realized that  objects in the world can be broken into smaller parts, and the resulting parts can be further broken up into still smaller parts. But of course logic alone instructs us that in this process there will be a part so small, it can no longer be divided. Democritus called this the atom (Greek- a meaning ‘not’ and tomos meaning ‘cut’- i.e. uncuttable). In the materialist world espoused by a later Greek philosopher, Epicurus, and still later by the Roman, Lucretius, atoms and their movements (swerves) were the fundamental building blocks and determinants of reality.

This simplistic physics survived the unscientific middle ages and was augmented in the 17th century when Newton discovered his fundamental laws of motion and gravity that suggested a mechanistic or deterministic explanation of events in the universe.  Newton was committed to a ‘corpuscular’ description of matter (and light as well) in accordance with the logically deduced description of the ancients. 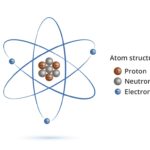 Early in the 20th century, Niels Bohr took the Greek word atom as his label for the tiny solar-system-like structure we think of as the building block of matter. But advances in ‘microphysics’ revealed the atom was not in fact the smallest component of matter opening up the entire field of subatomic physics.  Subatomic particles appear different from classical matter – demonstrating both particle and wave aspects. Electrons, photons, and positrons have finite mass and size, but also motion and energy. All attempts to consolidate matter as particles to waves or vice versa failed and over time it became apparent subatomic entities have a dual ‘particle-wave’ nature.

At this point, the of concept uncertainty appears on the scene when Werner Heisenberg demonstrated that if a subatomic particle’s location is specified, its energy level and motion cannot be determined. Likewise if its energy level and momentum are specified, then its location cannot be determined. Moreover this is not the result of imprecision in our measuring devices, but rather is intrinsic to subatomic matter itself. In fact, he demonstrated that the location and momentum are not even defined until witnessed by an observer. These seemingly irrational conclusions appear to be confirmed by experiment and further validated by virtue of their utility in explaining other features of physics.

The philosophical problem is immediately evident: if determinism requires specification of location and energy of particles to predict events, and such specifications are impossible or non-existent, then the universe at its elemental level cannot be mechanistic as previously assumed. But then what is its nature and what determines location and movement of subatomic particles in the absence of an observer?