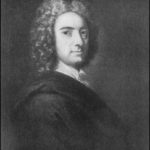 “I have no reason for believing the existence of matter. I have no immediate intuition thereof: neither can I immediately, from any sensation, ideas, notions, actions, or passions infer an unthinking, unperceiving, inactive substance – either by probable deduction or necessary consequence.” – George Berkeley.

Last time I traced briefly the history the development of the uncertainty principle as finalized by Werner Heisenberg. Subsequently, he and other physicists attempted to understand the significance of this discovery and created what came to be known as the Copenhagen Interpretation consisting of three main theses:1

(2)  We will never return to classical determinism.

(3) We must learn to live in thought with the uncertainty relationship.

The philosophical implications are even more wide-ranging, as delineated by Norwood Russell Hanson:2

(2)  The role of science may need to be reconsidered as descriptive rather than predictive.

(4) It is unclear if man has the possibility of gaining objective knowledge of the world. 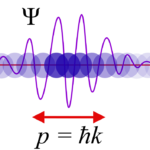 This latter point is particularly poignant. In fact, quantum mechanics reminds us the act of measurement defines the thing measured and is inextricably intertwined with it. So even at the macro level, the world revealed to us depends on the measuring tools we possess and the kind of information we are capable of understanding. Reality as experienced by man then is not absolute but subjective.3

In addition when we enlarge the scope of uncertainty to the level of the universe, we are left with the question – how do superstructures such as galaxies, stars, and planets emerge from the indeterminate quantum fog without external measure or observer (assuming there is nothing external to the cosmos)? The answer offered by physicists is ‘decoherence’ wherein “the internal interactions of a complex quantum system constitute a kind of incessant self-measurement that allows the system as whole to display fixed and definite properties even though the underlying quantum state is in constant flux.”4 From this unfolds independent and objective reality which we label as classical.

Of course this solution is at best hypothetical, and an outside observer seems to be the more palatable alternative. Therefore Heisenberg’s uncertainty principle leads us to question not only the nature of reality but also whether its fundamental laws require an observer/designer – if not a deity than perhaps a demigod. We will pick this up again in the synthesis at the end of this section