“To achieve a genuine world order, its components, while maintaining their own values, need to acquire a second culture that is global, structural, and juridical – a concept of order that transcends the perspective and ideals of any one region or nation.”– Henry Kissinger.1 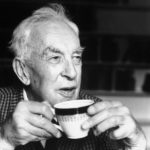 Last time we saw how John Fiske saw the destiny of man as the evolution of kindness, justice, and intelligence and the extinction of warfare. Next we examine the future of man as envisaged by the great British historian and philosopher, Arnold Toynbee. In his monumental A Study of History, he identifies 28 civilizations in the past 6000 years of human history. The central thought of his analysis of civilizations is the cycling of “challenge and response,” with final failure to challenge leading to breakdown of a society. He does not believe the death of a civilization is inevitable, but emphasizes that the timeframe of all human civilizations is short on a geological scale making them virtually contemporaries. As such he cautions against “parochialism,” – our civilization is not fundamentally different from the others and may continue or collapse.2

Toynbee finds occasions when history repeats itself (such as the American Civil War and the war for German unification), and this tendency towards repetition mirrors biology; that is, repetition is creative and “in accordance with the general rhythm of the Universe.”3 Optimistically, he notes “the effort to create a new manifestation of life – be it a new species of mollusk or a new species of human society – seldom or never succeeds at the first attempt. Creation is not so easy an enterprise as that. It wins its ultimate successes through a process of trial and error.”4

Factors for existing civilization to endure include: (1) a constitutional co-operative system of world government (probably through federation), (2) economic compromise of free enterprise and socialism, and (3) placement of the secular super-structure back on religious foundations.5 In that last regard, he notes religions last longer than civilizations and religious tolerance must be the future of man as intolerance leads to violence, sin and death. “A time may come when the local heritages of the different historic nations, civilizations, and religions will have coalesced into a common heritage of the whole human family.” 6  However this will take time; revolution cannot leapfrog the intermediate pain of experience. Utopia cannot be rushed, but depends on the internal growth of men, and in any case is not a simple return to the past or to Nature.7  But “our future largely depends on ourselves. We are not just at the mercy of inexorable fate.”8

At the end of A Study of History, is Toynbee’s essay titled Living Happy Ever After. 9 In this he suggests once we have a World Society in which Mankind has rid itself of war and class-conflict, solved the population problem, and limited need for work, what will man do with his leisure time -previously the domain of a privileged minority and responsible for the great achievements of man in arts and science? Will life be just a monotony of mechanical work and insipid leisure? He thinks not-  the effect of meeting man’s bodily needs may be to liberate his spirit for “fulfilling the true end of Man by glorifying God and enjoying Him once again.” 10