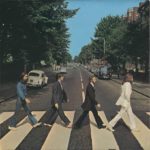 “I have noticed even people who claim everything is predestined, and that we can do nothing to change it, look before they cross the road.” – Stephen Hawking.

Last time we examined the concept of causation which at least empirically seems undeniable. But if all things and events in nature are caused, then human actions and decisions must also be caused. The question we address today is whether this is consistent with free will. As in the discussion of the existence of God, there are several classic arguments for and against free will.

But first we will distinguish voluntary from involuntary activity. Biological functions appear to represent varying levels of involuntary activity. The beating of the heart, circulation of blood, digestion, production of urine, and internal chemical processes are absolutely involuntary or perhaps as Aristotle says non-voluntary. Some senses also are also beyond volition especially touch and perhaps hearing, while others such as sight, taste, and smell can be controlled to some extent by closing the eyes or mouth or by holding the nose. We appear to be able to time sleep, but its eventuality seems involuntary. Many human drives such as hunger and thirst appear spontaneously, but can be resisted. The vast majority of the remainder of human actions are more typically considered voluntary, that is due to conscious choice rather than biologic necessity or function. The remainder of our discussion will refer to these traditionally voluntary human actions and omit the biologically based ones.

I will use Mortimer Adler’s definition of free will or natural freedom as “being able to choose otherwise no matter what one has chosen in any particular instance.”1 On the face of it  we all believe we have such freedom, but in fact, this is not self-evident. Arguments against free will follow two basic formats: metaphysical and empirical/scientific.

The first metaphysical argument is based on time and dates back to early Christian debates on predestination which will be the subject of a later blog. However the argument comes down to this: if events occur in time and if the course of time allows only one future to exist, then only one course of events is possible and hence one cannot have chosen otherwise in any given instance. That is, all events in the universe are instantiated in its single future. This fits the concept of the universe in eternalism, but not presentism (see TIME – PART II – THE METAPHYSICS OF TIME  published on this site June 12, 2019).

A second metaphysical argument references causation; if human actions are not caused, they must be random and hence do not represent free will as such. Believers in free will are forced to respond by asserting the metaphysically unprovable theory of free agency; that is events can be caused by either a series of antecedent causes or by the simple initiation of unforced agents. We will entertain this in more detail in a later post.

By and large, most philosophers and most people will not be convinced by these metaphysical arguments against free will. Empirical and scientific arguments appear more challenging as we will take up next time.