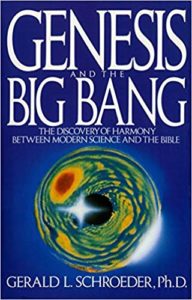 Schroeder comes to a different conclusion regarding the Big Bang. He rewinds time back towards the singularity to about 10-43 seconds (that’s a second divided into 1 followed by 43 zeros parts) after the Big Bang when the temperature of the universe is 1032 degrees Kelvin, too hot for matter to exist, so in fact the universe is pure energy. The problem is then clear: “as the theories of the early universe reach back to the beginning, they describe a condition in which all the matter is pressed into a space of zero size and infinite density. Infinity cannot be dealt with quantitatively and so cosmologists cannot describe the conditions of our absolute origin in real terms. Only by working in a dimension of imaginary time, a concept that does not translate into a dimension of the world in which we live, can the very instant of the beginning be described mathematically. But if we relate to real-world dimensions, that zero point of time, the beginning, is beyond the grasp of mathematics and physics.”3

He repeats his misgivings on the mathematics used by physicists in describing the Big Bang a few pages later: “In other words, although there is a theoretical solution in the world of physics to this problem of the beginning, in terms that are perceivable to humans, there is no solution.”4 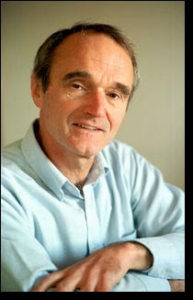 Schroeder does not directly address quantum mechanics as an explanation for a spontaneous universe, but a quote in another context may indicate his likely position, “Except at the nuclear level, where quantum mechanics can alter statistical probability, the very laws of physics that predict the formation of stars, galaxies, and elements rely on the occurrence of the probable over the improbable. Without this there is no basis for physics…Although in theory an event may occur, statistics have told us that in reality when the probability of an event occurring is very, very, small, then there is essentially zero chance of it occurring.”5

Schroeder reverts to theology to explain the mathematically inexplicable, citing not only Genesis, but also four great Jewish biblical scholars. The most incisive of these scholars is Nahminides who postulates the origin of the universe from “a speck of space, the size of a mustard grain”6  – a quite remarkable guess, if it is one, for the 13th century.  He postulates that the contraction of God’s divine being is the basis of the Big Bang and the creation of the universe ex nihilo (from nothing).

These two descriptions leave the philosopher in a quandary. Schroeder may of course be biased towards his faith and presenting his arguments to confirm his beliefs while withholding arguments that contradict them. However, Hawking’s matter-of-fact acceptance of the theoretical and statistically improbable appearance of an infinitely dense, infinitely small, singularity at a temperature over 1032 Kelvin using quantum theory and imaginary dimensions and time does not appear entirely intellectually honest either. I respect his initial disclosure of his belief (faith?) in science and its laws, but wonder if in this case he should acknowledge he is debating metaphysics rather than physics. The reader will have to decide that for himself.