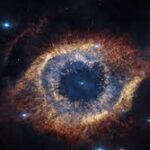 We ended last time with a mess on our hands related to reality, as seen through the lens of quantum physics, possibly being dependent on an unlimited sequence of observers. This paradox is best solved by asserting either (1) that any conscious being can collapse the wave function point blank, in which case the universe prior to creature consciousness remains unexplained or (2) there is an ‘Ultimate Observer’ who collapses the wave functions of all serial conscious observers at some future ‘Final Observation.’ For me it seems the first of these two options is more credible and returns us to the Copenhagen interpretation where the complex quantum system underpinning the universe constitutes “a kind of incessant self-measurement system that allows the system as a whole to display fixed and definite properties even though the underlying quantum state is in constant flux.”11 This process called ‘decoherence’ suggests the cosmos may meet Kaku’s definition of consciousness.12

An entirely different approach can be distilled from the musings of Fred Adams and Greg Laughlin who imagine ‘life’ and ‘intelligence’ in the distant future of the cosmos. They begin, with a disclaimer that they offer no general theory of life noting “Even in the one environment where we have direct experience, our home planet Earth, the ascent of life is not understood.”13 Nonetheless they entertain the notion of a second class of life based on the hypothesis of Freeman Dyson wherein abstract life forms are possible at any temperature with the qualification that energy use (metabolism, consciousness, and experience of events) would be slowed proportional to its lower temperature. In that case, “the ultimate basis for consciousness lies in the structure of the life form and not in the matter that makes it up.”14 The implication is that there may exist non-organic life and consciousness that is subject to entirely different laws from organic life (most likely involving dramatically slower processes). 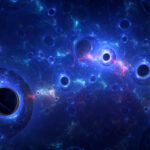 Adams and Laughlin speculate that in the distant future during what they call the ‘black hole era’ a collection of black holes could create a self-gravitation system that might function as a kind of computer if they configure in such a way as to permit binary logic gates. They also postulate a different form of life from the familiar might be possible on the surface of these black holes again with processes occurring at an infinitesimal fraction of the speed of terrestrial life. However it doesn’t take a great leap to argue similar effects may be emergent from the stellar, black hole, or galactic structures that occupy our era or from the galactic web itself. What is clear is that should such ‘life’ or ‘consciousness’ be possible, we are painfully unequipped to know how to identify or communicate with it.15

Thus we have two very speculative scientific models of ultimate reality as a consciousness of the universe utterly distinct from our own and refractory to confirmation. As such they are little better than traditional metaphysics. But before leave this topic, we have one last alternative which is the subject of the next blog – panpsychism. I hope you can join me then.

12The possibility of a ‘Final Observer’ will come back when we get to theological possibilities where God fills that role.

15A similar, but distinct, possibility would be the configuration of subatomic particles in space of the Higgs field.