We continue now with consideration of the multiverse as the cosmologist’s paragon of ultimate reality. The first implication of a multiverse as proposed last time is that our notion of nothingness must be permanently altered. In that case, it turns out nothingness is not empty, but teeming with universes themselves in motion within a super-cosmic void possibly even colliding with each other. 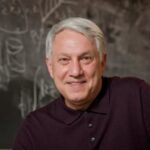 Brian Greene waxes poetic: “Imagine that what we call the universe is actually only one tiny part of a vastly larger cosmological expanse, one of an enormous number of island universes scattered across a grand cosmological archipelago.”3 He goes on to explain how Andrei Linde suggests the mechanism of this ultimate geography may be crucial bursts of inflationary expansions in isolated regions peppered throughout the cosmos.4

Alternatively and even more thrilling, Lee Smolin proposes that on the other side of the event horizon of each black hole may be the origin of a new universe. 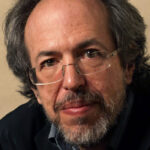 The consequence of this theory is extraordinary; universes budding from black holes may carry some of the physical laws of the parent universe combined with sufficient modifications that a form of cosmic evolution may ensue bringing into existence progressively more black hole-producing or more habitable universes. We stumble across a type of cosmic natural selection which may explain our own fecund universe and offer hope for even more fertile universes to follow. The mind is boggled by the repercussions.

But we are not done. Michio Kaku positions the multiverse as corroborating the two great religious cosmogonies; those of the East and the West. In the Hebrew, Christian, and Islamic traditions, there is an instant of creation which corresponds with the Big Bang origin of our universe. In the Eastern traditions of Hinduism, Buddhism, and Taoism, the cosmos is eternal and infinite which corresponds to our understanding of the multiverse. Kaku surmises that the Nirvana of Buddhism then is the timeless hyperspace of parallel universes in 10 dimensions where creation is incessant.5

In a sense, the theory of the multiverse is little more than the latest iteration of metaphysics. Still the arguments are cogent and the Copernican-like displacement of our universe from the center of reality fits with our prior experience that reality is always larger and Earth-bound humans more remote than we thought. Perhaps we cannot be further displaced, though I suppose some future scientist may suggest that there are an infinite number of quantum vacuums or hyperspaces making an infinite number of multiverses possible. In the meantime, it seems most prudent to assume that if our universe was not created by an ultimate being or deity (as seems increasingly unlikely), it is most likely the evolutionary product of a multiverse.