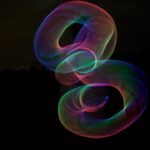 In our analysis of the scientific definition of ultimate reality as a final explanation of matter and the phenomena of the universe we have arrived at the pinnacle of scientific metaphysics with string theory. The basic proposition is elegant as well as ingenious; the smallest particles are not points, but “string-like” energy which can stretch and vibrate like rubber bands. Using mathematics unfathomable to most of us and aligning string theory with supersymmetry (extra mathematically described dimensions), some of the great minds of modern physics are working to establish superstring theory (or several such theories) as the actual foundation of the elementary particles, the four forces, the laws of motion, special relativity, and quantum mechanics. Have we at last reached the moment of the revelation of the genuine form of ultimate reality?

Perhaps… it certainly feels close, but one cannot help being disturbed that there are five or more equally coherent models and each requires more than the commonly accepted 4 dimensions – in fact typically 10 or 11 in all (with the extra 6 or 7 being tiny curled up dimensions). 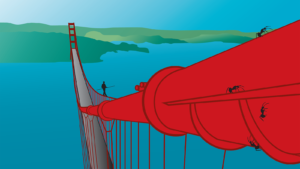 The extra dimensions are not visible in the natural world although several physicists, for example Brian Green, have attempted to show it symbolically (I like his example of an ant crawling around a cable). Also while only one constant is required, twenty other constants of the standard model remain unexplained. Most non-physicists will also struggle with the advanced version where the ‘strings’ take on different forms or ‘branes’ with a change in dimension; that is a 1-brane is a string, a 2 –brane is more like the surface of a drum, and so on to a ‘p-brane’ in a ‘p’ dimension. We are no longer in Kansas Toto.

String or superstring theory remains exactly that, a theory. However it is the latest addition to the human corpus of metaphysics, and being identified with science may be the most credible. It leaves the philosopher with a disappointingly physicalist and inscrutable (if presumably simpler) ultimate reality where non-material familiars such as love, friendship, justice, virtue, purpose, and happiness are unsupportable or represent human illusion. If this picture is correct, and we may be forced to accept it for the near term in the absence of counter-proofs or better explanations, we will have to integrate this perplexing understanding of ultimate reality into our conceptual structure of a meaningful life. But that is the task of a later essay.