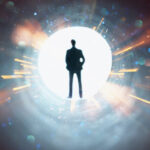 “God is the ultimate limitation, and His existence is the ultimate irrationality… No reason can be given for the nature of God because that nature is the ground of rationality.” – Alfred North Whitehead, Science and the Modern World.

Last time we investigated the spectrum of theories regarding what ultimate reality is– from traditional descriptions of God to the physicist’s entirely material universe from nothing to more transcendental concepts such as order, rationality, spirit, or being to the extreme view of absolute nothingness or non-being. Today I hope to delineate the understanding we will adopt for the remainder of this section starting with two supposed characteristics and their application to the subject.

Ultimate reality for many of the great thinkers includes ideas of the divine and of the supernatural; perhaps we can fine tune our concept by analyzing these terms. Divine is defined by my dictionary as “of or pertaining to a god, especially, the Supreme Being.”1 It can also refer to a sacred entity, or something “godlike” or “befitting a deity.” Supernatural is defined by the same dictionary as “of, pertaining to, or being above or beyond what is natural, unexplainable by natural law or phenomena.”2 I suppose a case can be made that we may apply the word divine to all understandings of ultimate reality (“Supreme Being” and “befitting a deity”), but we need to restrict supernatural to an extra-cosmic creator or perhaps transcendental concepts (truth for instance is not clearly demonstrable in nature). 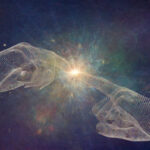 From this exercise, it appears that a composite ultimate reality – such as the universe or multiverse plus some or all transcendental concepts- best meets the criteria for both divine and supernatural as well as ultimacy. Thus I will intend for future discussions that the term ultimate reality refers to an entirely comprehensive reality – the quantum vacuum (nothingness), the universe (and, if real, the multiverse), and the highest transcendental concepts (especially logic, truth, mathematics, order, intelligence, spirit, ethics, love, and beauty) – arrayed as a unity, an absolute whole, or the totality of Being (material and immaterial). However a creative force or agent responsible for or underpinning  material and transcendental reality (should one be identified) will meet these specifications.

This then will be the paradigm against which the descriptions of the great thinkers will be measured and the essence we seek to contact, and with which we hope to interact and eventually assimilate. This understanding of ultimate reality has been and is the source of creation and creativity, the object of mystical union, and the means to enlightenment. Our journey has just begun!