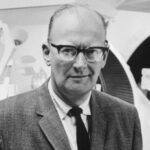 “Well, they believe that when they have listed all His names – and they reckon there are about nine billion of them – God’s purpose will be achieved. The human race will have finished what it was created to do, and there won’t be any point in carrying on.” – Arthur C. Clarke, The Nine Billion Names of God.

The first issue we confront in discussing ultimate reality is the need to analyze the meaning of the term, particularly in contrast to similar terms. Take for example the scientific concept where the word ‘cosmos’ would seem to fit the bill. However if some experts are correct and our universe is merely one of many or even an infinite number of universes, then the word ‘multiverse’ should be the more valid understanding. Alternatively if each universe within the multiverse is shown to originate from a single quantum vacuum, then we might reasonably consider it to be ultimate reality since it is logically first and the source of all the entities in the multiverse. This version is particularly intriguing as the quantum vacuum is the physicist’s version of nothing, and some philosophers have speculated on whether  ‘nothingness’ might be ultimate reality. Nonetheless one will still need to address how the material cosmos is integrated with immaterial facets of ultimate reality such as mathematics, truth, logic, love, beauty, etc. The task, it turns out, is more difficult than we initially expected.

The second ambiguity requiring further scrutiny involves the question of God, to wit, is there a single deity and is it reasonably considered ultimate reality? Of course if the ‘creator’ of the universe (or the multiverse) is an agent rather than a quantum space, there will still remain the question of whether it was itself created. If that being which created our universe was created by a still higher being, than the higher being is a better candidate for ultimate reality, leading us in a different direction than if the creator of our universe was not created. Even then there will remain issues of the relationship between the ‘Creator’ and immaterial facets of reality. Do mathematics and logic emanate from God of are they instantiated in a different kind of reality, and if so, which one is ultimate?

A third distinction is that of permanence. Ultimate reality, we suspect, cannot fail to exist – it is both eternal or timeless and necessarily existent. This attribute is typically assigned to Western deity, but it also seems to be assumed by the physicist in regards to the quantum vacuum. Of course intransience is also assumed for immaterial reality as well; that is, the number 2 will always be 2, a triangle is eternally three sided, and a true statement (when strictly formulated) is by definition forever true.

From this exercise, we come to the following conclusion: ultimate reality requires the nature of being (1) original or originating, (2) timeless and indestructible, and (3) comprehensive, i.e. both material and immaterial.