Last time I started summarizing a simplified explanation of the physicist’s “universe from nothing” closing on quantum mechanics and the uncertainty principle. While the uncertainty principle has little effect on the macroscopic world as we experience it, at the subatomic level, uncertainty reigns supreme, “and if energy cannot even be defined in the vacuum of space, it may manifest itself with any value. As it cannot be defined, it cannot be predicted and thus will fluctuate.”3 But if energy fluctuates and energy and matter are interchangeable, “Fluctuations in energy expose themselves as unending sequences of creation and annihilation of particles (mass).”4 Thus there is at least “the possibility of a universe of particles being born out of the vacuum (or the closest thing quantum physics allows to nothing).”5 One last consideration, the mathematical viability of this theory is based on the presumption that for each positive particle created there is a corresponding negative antiparticle so that the balance of particles (and energy) in the universe remains zero. 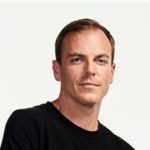 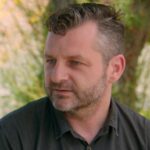 Ferrie and Lewis concede that many scientists are unsatisfied with this explanation, especially as common sense drives us to believe that time existed before the universe could come into existence but time itself could not exist before the appearance of the universe. They also discuss the possibility of our universe coming from a preexisting one, particularly a black hole within another universe, but anyone can see this simply pushes back the question. Ferrie and Lewis do not address the troubling question of what triggered the Big Bang, but if we assume Steven Hawking is following this same line of reasoning, he answers in Brief Answers to the Big Questions with this, “Nothing caused the Big Bang. Nothing.”6

Apparently there are conflicting positions taken by physicists on the viability of this “universe from nothing.” For instance John Barrow and Frank Tipler, in their book The Anthropic Cosmological Principle, tell us that prior to Planck time (10-43 seconds), “we know nothing of the state of space and time nor even if such familiar entities existed. Neither quantum theory nor general relativity are valid before this time.”7 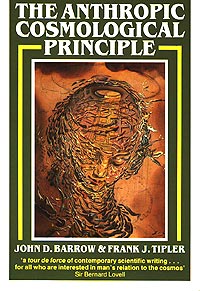 So at least some experts appear to deny the applicability of quantum theory at the critical moment of creation. Add to this the inscrutable tenet of quantum mechanics that “man, in his capacity as the observer of an experiment, is an essential and irreducible feature of physics,”8 and the lay person is likely perplexed as to how the universe came into existence without a human witness or an alternate observer.

Next time I will offer my thoughts on the argument of a universe from nothing, triggered by nothing.