“Do your work then step back, the only path to serenity.” – Laozi. 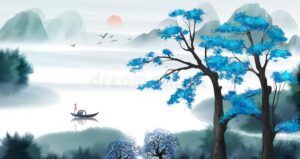 In this section we have seen that contentment accompanies virtue and purpose as the third key ingredient of a meaningful life. For our purposes, I defined contentment as lasting tranquility combined with genuine satisfaction with one’s lifestyle, virtue, and purpose. It is not pleasure, joy, or salvation, nor is it contingent on leisure, the absence of responsibilities, or a good life, although several of these may be conducive to it. It is not the same as happiness, nor sufficient to sustain happiness. One cannot have too much contentment as in the case of pleasure nor share it as one can share happiness.

Contentment differs from virtue and purpose by manifesting nearly completely in internal reality while the other two are shaped more by proximate, social, and even cosmic reality. Contentment is thus highly subjective, and some persons might even argue their life can be meaningful without ever reaching the point of contentment. To them I would say that contentment is, at a minimum, an indication of the attainment of virtue and purpose, and the absence of contentment may be a warning sign that the meaning of one’s life is precarious or incomplete. 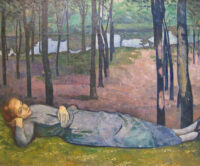 We began on the path to finding contentment by looking at its antagonisms: emotional states such as anxiety, fear, dread, and unease (especially guilt); and empirical states such as suffering, want, dissatisfaction, and absurdity. The former are alleviated by meditation, atonement, psychological techniques, or even medication. The latter are overcome through embracing four critical truths: (1) suffering is universal but manageable, (2) desires are either readily satisfied or illusion, (3) dissatisfaction is merely a temporary setback on the road to contentment, and (4) the apparent absurdity of life, is in the larger sense, a deception. From this analysis we discover that contentment entails radical freedom, that is, freedom from the experience of ourselves and reality in negative terms.

Contentment also has three different structures originating in one’s approach to living in the world: (1) withdrawal, (2) restraint, and (3) engagement. Withdrawal makes sense when one sees the world as an endless and tedious cycle where action is futile, and abstention can induce personal peace, especially when paired with disciplined meditation. Restraint in one’s interaction with the world is epitomized by the ancient Greek philosophers’ striving for ataraxia through partial withdrawal from worldly affairs combined with a conscious effort to avoid all sources of unease or troubledness. In that case a reduction in wants and passions, and individual purpose found in simple pleasures within a limited community and the contemplation of nature, rather than total seclusion and meditation, bring about contentment. The third model seeks contentment within a context of continued activity and purpose in the world, and thus peace is found in detaching one’s feelings from the results of one’s actions, a dispassionate attitude to one’s environment, and an intense focus on completion of tasks (mindfulness), perhaps with some form of regular meditation.

2 Replies to “CONTENTMENT AND THE MEANINGFUL LIFE – SUMMARY”