Three other terms that might be confused with contentment are the good life, salvation, and happiness – all of which connote contentment, but are, I think, still readily distinguished. 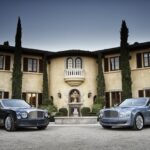 In an earlier section I indicated that one key internal purpose is to make a good life for oneself. For most of us this refers to achieving a stable and comfortable home, sufficient funds to meet our basic needs, an adequate number of rewarding relationships with others, and some degree of quality leisure time. But viewed more closely contentment is merely facilitated by a good life, and the example of the Cynics proves that even this can be challenged. Moreover as we seek higher degrees of luxury, social prominence, fame or power in our pursuit of the good life, these paradoxically impede contentment as a result of our striving. Only if we equate the words “a good life” with “a contented life” can the two be considered synonyms. A good life is best viewed as a starting point on the journey to contentment.

It might seem unlikely one would conflate salvation and contentment, the former being typically considered theologically as deliverance from sin or redemption, but consider the following more secular definition of salvation from Webster, “the state of being saved or protected from harm, risk, loss, destruction, etc.” 1   When one speaks secularly of achieving ‘salvation,’ this typically implies escape from one’s troubled choices and personal attributes or a return to virtue all of which which mimic the idea of contentment. 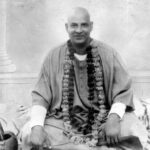 Eastern philosophy extends this overlap – consider the Hindu word moksa meaning liberation as for demonstrated by this quote from Swami Sivananda, “Always do good to others. Be selfless. Mentally remove everything and be free. This is divine life. This is the direct way to moksha or salvation.” 2  Nevertheless I suspect the character of being saved, the inconsistent association with satisfaction or even tranquility, and the eschatologic connotation of the word ‘salvation’ clearly distinguish it from contentment for most of us.

Last we need to distinguish contentment from its near twin, happiness. Some readers may feel they are the same especially since philosophically both refer to an enduring state of being. However I follow Aristotle on this; happiness requires facets beyond contentment.3 For instance happiness can be, perhaps must be, shared with others while contentment is individual. In fact he tells us happiness depends on a certain level of activity “of the soul” especially within the environment of a community, whereas contentment can involve inactivity and solitude as for example in the traditions of Taoism and Buddhism. Happiness also requires virtue and practical and theoretical wisdom which are conducive to contentment, but not strictly necessary for it. At the end of the day contentment and happiness are only identical when one defines them as such.

Next time we look at opposites to contentment as a further means to a full understanding.

2From Google search BrainyQuote and others.