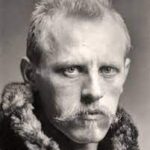 In the last three blogs I detailed the purpose of the universe in preparation for our quest to identify individual purpose at the level of cosmic reality. I concluded that the highest ‘purpose’ of the universe comes down to the movement towards increased complexity and compartmentalized order while its human-level purpose manifests as (1) science’s laws and explanations underpinning cosmic order that permit our understanding and manipulation, (2) Nature’s fulfillment of the universe’s ‘goal’ of complexity and variety, and (3) the solar system’s dual function in facilitating Earth’s life-sustaining environment and in providing destinations for the spread of terrestrial life.

We come now to our analysis of the nature of cosmic purpose for ourselves, looking at similarities and contrasts with cultural purpose. We discussed seven characteristics there which apply here as well:  choice, number, magnitude, viability, satisfaction, desirability, and necessity.

Like with cultural purpose and unlike in the case of individual purpose, specific cosmic purpose is chosen, rather than integral to rational being. There is an assortment of possibilities for deliberation such as the pursuit of pure scientific research and understanding (for example astronomy or pure mathematics), the protection of nature (i.e. environmentalism), and endeavors at travel and expansion into space.  It can be multiple and can be mixed with societal purpose; consider Georges Lemaître, the 20th century the theoretical physicist, mathematician, and astronomer 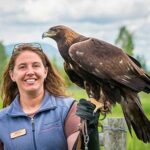 who first  theorized the origin of the universe from a primordial particle, but was also a Catholic priest. Cosmic purpose can entail degrees of magnitude from the seemingly simple but worthy commitment to wild animal rescue to an audacious multibillion dollar project to colonize Mars.

We saw that with respect to proximal purpose or relationship to others, viability is nearly automatic, but this is not true for cultural reality, nor for cosmic reality. Again the element of choice increases the chance of failure. We may choose the wrong goal, field, or line of development, or we may lack the talent or ability to succeed. External conditions including technological ones may also obstruct one’s cosmic purpose. For instance, international politics may obstruct a mission to halt global climate change no matter anyone’s particular abilities and charisma. This does not however equate to futility.