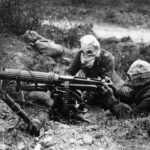 Having reviewed the definition and origin of the word utopia and some mythical and hypothetical concepts throughout history, we arrive at an inflection point that occurred in the early twentieth century. Until 1914, the promise of the Enlightenment, advances in technology due to modern science, and the slow growth and spread of representative government and individual rights augured an optimistic future for humanity. With the carnage of World War I, the misery of the Great Depression, and the holocaust of World War II terminating in the unimaginable horror of the atomic bomb followed by the exposure of the terror of Marxist-Leninist communism, and the danger of human extinction threatened by the Cold War, the idea of utopia seemed obsolete and gave way to a prevailing pessimistic view of the inevitability of a future dystopia.

Two famous mid twentieth century book, 1984 and Brave New World, presented unforgettable dystopian worlds. George Orwell’s 1984 (published 1946) described a world composed of three police states in a perpetual state of war. In the portagonist’s country, personal beliefs and truth are manipulated by the Party, privacy has been eliminated by omnipresent ‘telescreens,’ suffering is institutional, and resistance is hopeless.7 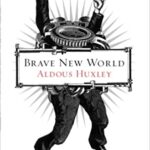 This grim future is fundamentally political in origin. Aldous Huxley’s Brave New World (published 1932) imagines a future technocratic nightmare where science and technology are out of control: humans are created in test tubes with predetermined levels of intelligence, society is regimented, diversity and creativity are eliminated; and individuals experience a  completely artificial existence, completely separated from nature. Huxley’s dystopia is fundamentally technological in origin versus that of Orwell’s.

Later science fiction writers present numerous forms of dystopic futures. In Kurt Vonnegut, Jr.’s short story, Harrison Bergeron, human equality is maintained by handicapping every individual advantage (e.g. beauty is covered with a mask, intelligence is suppressed with constant loud music in the ear, and so forth.). 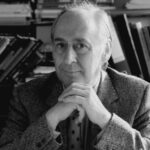 Or take J.G. Ballard’s Billenium which pictures an overpopulated planet where each individual is limited to 30 square feet of living space. Popular movies such as the The Terminator and The Matrix show pessimistic futures based on  the struggle of humanity against intelligent and super-powerful man-made machines. There are of course many other stories which this essay has insufficient space to consider.

At the end of the day, utopia is best seen not as a target we seek, but as the philosophical equivalent of a thought experiment, from which much can be learned. Conversely fictional dystopias warn us of the perils of civilization’s fixation on progress. I suspect Captain Kirk is correct when he tells us in one episode of the original Star Trek series, 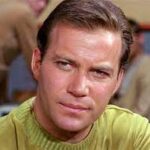 “Perhaps man wasn’t meant for paradise. Maybe he was meant to claw, to scratch all the way.” In short one purpose of civilization may be its own perfecting, but the final aim is not the recreation of Eden, but the establishment of a world where each of us can strive for a greater purpose with some hope of success.