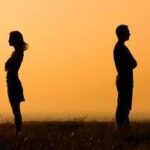 The next negative facet of ‘strangerness’ applies to those persons known to each other who have a falling out – a process known as estrangement. Most often we hear this with former couples, but in fact, one can become estranged from any family member, friend, or acquaintance. An important element of estrangement is that it applies to individuals rather than groups. It is difficult to see estrangement as anything other than a failed relationship, but we learn from failure as well as success. These setbacks can be repurposed in at least two ways: as lessons on prudence in our choices and as practice in self-improvement.

Alienation is more subjective than estrangement and applies more to one’s feeling of disconnection from groups or institutions. This concept was developed by Karl Marx in his economic philosophy where he theorizes that workers in a capitalist system come to feel dehumanized and detached from the product or service that make up their work life. Over time the term alienation has been used more broadly to include disconnection from any and all levels of society including friends, family, and one’s social circles. Sociologists believe the causes of alienation are feelings of powerlessness and meaninglessness, isolation, and self-estrangement.4

Albert Camus seems to present the extreme of alienation in his 1942 novella, The Stranger. After the loss of his mother, the protagonist becomes increasingly alienated from life and society, commits a murder, and is sentenced to death. Camus offered this interpretation: “I summarized The Stranger a long time ago, with a remark I admit was highly paradoxical: ‘In our society any man who does not weep at his mother’s funeral runs the risk of being sentenced to death.’ I only meant that the hero of my book is condemned because he does not play the game.”5 I must confess however that to me the more general lesson is that alienation itself is fatal, and perhaps this is its purposeful understanding, which is to say, alienation is a thing to recognize but not accept as the consequences are devastating. Effectively we have come full circle, alienation leads to separation from humanity, and except for spiritual hermits, such separation is incompatible with a flourishing life.

4See https://www.thoughtco.com/alienation-definition-3026048 for a discussion of On the Meaning of Alienation, a 1959 paper by sociologist Melvin Seeman.