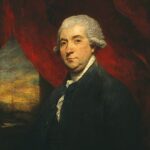 “There is nothing by which a man exasperates most people more, than by displaying a superior ability of brilliancy in conversation. They seem pleased at the time, but their envy makes them curse him at their hearts.”– Boswell’s Life of Johnson.

We return now to the purpose acquaintances bring to the meaningful life. We saw how the Roman stoics agreed there is a need for the society of others, which nonetheless must not be permitted to undermine the internal need for tranquility and order; and we reviewed the techniques they developed to overcome external disturbances. Today we jump forward to the 19th century where we find two philosophers with nearly opposite views of acquaintance – one pessimistic and the other optimistic.

Arthur Schopenhauer (1788-1860), our pessimist, is unambiguous in his twin essays, Our Relation to Ourselves and Our Relation to Others. He admits we must live with others and advises we accept their flaws rather than try to change them following the maxim “Live and let live. That however is a task which is difficult in proportion as it is right; and he is a happy man who can once and for all avoid having to do with a great many of his fellow creatures.”1 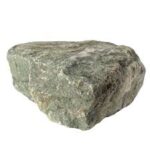 He follows this with the curmudgeonly “The art of putting up with people may be learned by practicing patience on inanimate objects, which…oppose a stubborn resistance to our freedom of action – a form of patience which is required every day.”2 His corollary is that it makes no more sense to be angered by another than by a stone.

People of similar nature, we are told, tend to find agreement in thought which he says explains how ordinary people can be so sociable and why they are drawn to each other. The fact is there are a large number of people “of vulgar tastes and inferior intellect.”3 Schopenhauer is blunt: “…most society is so constituted as to offer a good profit to anyone who will exchange it for solitude.”4 The superior person will limit time in society as “Great minds are like eagles and build their nests in some lofty solitude.”5 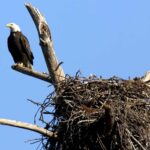 His advice on the frequency of time with others: “Memory is…like a camera obscura; it contracts everything within its range, and so produces a much finer picture than the landscape affords. And, in the case of a man, absence always goes some way towards securing this advantageous light…Hence the prudent thing is to see your friends and acquaintances only at considerable intervals of time…”6

His other advice is equally unforgiving: