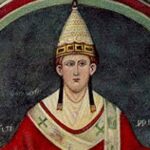 “…it is not rank but virtue that makes a man good; not office but character. A proud man disdains his former friends, ignores acquaintances made yesterday, is contemptuous to old companions.”– Lothario Dei Segni (Pope Innocent III).

Stoic teaching comes down to a metaphysic of cosmic order based on benevolent but deterministic Providence mirrored in human rationality and virtue, an ethic of universal brotherhood and unanimous duty to participate, and a psychology of apatheia or detachment leading to inner tranquility. The four most famous Roman Stoics discussed in the last 8 blogs arrive at a consensus on the following points.

First, humans are naturally social animals and thus have a need for others. On this Seneca is unequivocal; human society is necessary for human flourishing. Second the world of others is the arena of activity where our providential role and duty are fulfilled. Here Cicero emphasizes the importance of honor among acquaintances while Marcus Aurelius repeatedly observes that the harmony of the whole is dependent on the performance of the individual. Third, the challenge of dealing with others is the test of the philosopher’s capacity to maintain tranquility. Epictetus goes further seeing a superadded purpose in our serving as a model to attract others to a philosophical disposition. A fourth Stoic purpose of acquaintances is their potential to contribute to our self-improvement and honing of virtue. And last, as Marcus Aurelius reminds us, we may need to turn to acquaintances for help as circumstances require. 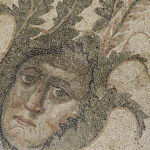 According to these great thinkers, the need for the society of others must not undermine the internal need for tranquility and order. They offer many techniques to overcome external disturbances such as mental preparation for the day ahead, withdrawal into oneself when in a crowd or when exposed to disorder, maintenance of a cosmic perspective on the ultimate insignificance of temporal disruptions, charitable acceptance of the inevitable imperfections of others, and control of one’s thoughts regarding others.

Drawing on the Hellenic traditions of Stoicism and Epicureanism, the Roman Stoics define our individual purpose with regards to other people more clearly than perhaps any earlier or later school. As a result, their teachings were adopted and modified by Christianity and serve as guidance even to this day. Next we look at two opposing thinkers from the 19th century – Arthur Schopenhauer and Ralph Waldo Emerson.