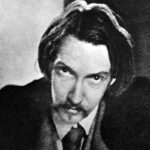 “No man is useless while he has a friend.” – Robert Louis Stevenson, Lay Morals.

We have seen some of the dimensions of friendship as human purpose revealed in the Epic of Gilgamesh, in Lysis by Plato, and in the Nicomachean Ethics by Aristotle. Today we jump 18 centuries forward in time to Michel de Montaigne’s opus magnum, the Essays first published in 1580. The title of Section XXVII in Book 1 is Of Friendship where he picks up on Aristotle

He focuses on the highest kind of friendship which he believes does not mix other purposes such as pleasure, profit, or public or private interests. It is also not one of the four ancient common kinds of friendship – natural, social, hospitable, venerian – or even a mix of these. True friendship is “nourished by communication,”1 itself contingent on levels of equality and appropriateness that are not possible in most relationships as for example between children and parents where complete candor is impractical, awkward, or impossible. Friendship also entails complete and unconditional generosity – the willingness to do anything for the friend. 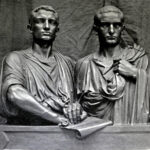 Montaigne takes on the logical quandary of this principle by using as example the Roman, Cauis Blosius, who when asked if he would ‘fire the temples’ at the request of his ‘chiefist’ friend, Tiberius Gracchus, answered that Tiberius would never ask him to do that. The message is unequivocal- one can do anything for a true friend because true friendship is based on virtue and the virtuous do not request evil deeds of their friends. Moreover reciprocity makes no sense among friends just as one does not reciprocate duty with oneself.

Montaigne also distinguishes friendship from similar relationships. It differs from romantic love which is more active, eager, fickle, and inconstant compared to friendship which is more temperate, gentle, and smooth. Physical love is diminished by satiation while friendship improves with enjoyment. Friendship is more spiritual with the “soul growing still more refined with practice.” 2 It differs from acquaintance which involves “little intercourse betwixt our souls”3   whereas in friendship, the souls “mix and work themselves into one piece with so universal a mixture that there is no more sign of the seam by which they were first conjoined.”4  In fact, Montaigne notes we often don’t know how this union formed.

Montaigne seems to argue that perfect friendship must be singular – each giving all to one friend thus having nothing to offer others. “Friendship that possesses the whole soul…cannot possibly admit of a rival.”5 True friendship permits an amended ethic – “a unique and particular friendship dissolves all other obligations whatsoever; for instance “the secret I have sworn not to reveal to any other, I may without perjury communicate to him who is not another but myself.”6

In short, Montaigne is telling us the purposeful friendship is unitary, comprehensive and absolute, the experience of the self in another, the multitude in the individual, and the universe in the finite. It seems to me that only romantic love offers a rival comparison though perhaps in that circumstance Montaigne would argue romantic love has been transformed into perfect friendship.