Generally a sage has not only students, but immediate disciples plus later followers. In the case of ancient sages, these individuals often maintained the lessons of the master via an oral tradition or as scribes of his teachings. The Analects (or Lun yü) contains conversations and aphorisms recorded by the disciples of Confucius. Some pearls include the following: 5

Confucius developed a humanism based on several powerful principles of social virtue: li – ritual or social order, jen –human-heartedness or benevolence (or ‘true manhood’), shu – reciprocity, and  Hsiao – a broad vision of filial piety (including respect for society). He often speaks of ritual and music in his understanding of li, a poetic analogy of social order and harmony. He appears to have been unapologetically agnostic. “To give one’s self earnestly to the duties due to men, and, while respecting spiritual beings, to keep aloof from them, may be called wisdom.”6

Confucius shows us the incredible power of the great thinker; influence which extends beyond one’s immediate circle and time. But the sage is more than a thinker; he or she also influences others through actions and conduct. The wisdom of the sage also endures through the periodic reinvigoration of later masters and disciples. 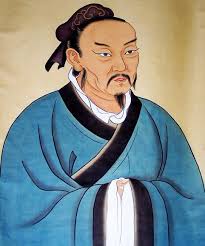 In the case of Confucius, about a century after his death, a follower named Mencius appeared expanding and reinforcing his teachings, adding an emphasis on yi or righteousness distinguishing good from right, and asserting an innate goodness of all people, but the challenge to convert it into right actions. Later thinkers such as Tung Chund-Shu and Chou Tun-I blended Confucianism and Taosim to form Neoconfucianism (as a response to Buddhism) and succeeded in making it a national philosophy.

Next time we will integrate the significance of the sage in the meaningful life in our synopsis of this section.