“An act of goodness is of itself an act of happiness. No reward coming after the event can compare with the sweet reward that went with it.”– Maurice Maeterlinck, Nobel Laureate in Literature, 1911.

After self-mastery, virtuous interaction with others is likely the next most vital prerequisite for happiness and a meaningful life. It emanates directly from inner selflessness, temperance, and commitment to ethical behavior in the world. Many great thinkers believe that the habit of goodness towards others is essentially identical to happiness.

Virtue to others takes on two forms: usual and extraordinary. At a minimum each person must learn to live harmoniously with others, adopting appropriate norms of behavior which we have labelled propriety. This includes etiquette, civil demeanor, respect for others, and wisdom in choosing friends. In addition we must exercise fairness and decency in dealing with others, which we have labelled justice. 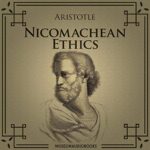 Aristotle tells us this is a habit of doing the right thing, through deliberation, judgment, and decisiveness such that we reach the end of prudent liberality and magnanimity. It also involves voluntary obedience to legitimate laws, the free choice of proportionate distribution of goods, and virtuous action – pledging oneself to risk suffering injustice rather than committing it.

Exceptional virtue in the realm of proximate reality has two forms – heroism and saintliness. Everyday heroism ranges from the common spontaneous acts of accepting risk in the service of others or deliberate acts such as donating blood to occupational forms such as military service or firefighting. 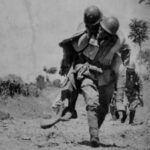 Exceptional heroism involves assuming spectacular risks such as probable harm of death in the service of others or unrelenting determination and personal sacrifice in a great enterprise. Underlying heroism is a philosophical dimension, a personal journey to full power over oneself, a final acceptance of one’s finitude and inevitable death, and the dedication to hopeful action and “living the truth of creation.” The second form of exceptional virtue in this realm is the saint – the religious or secular figure who sacrifices the needs and wants of the self for the love of others.

Happiness and meaning in life come through many levels of human experience. The choices we make in our behavior with those around us are powerful determinants of the likelihood of our fulfillment. Propriety, justice to others, courageous action, and personal sacrifice for the good of others are the four key components of enduring satisfaction and meaning in our immediate environment.