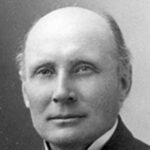 Plato in his cosmology sees the universe as being organismic, that is as a living being, rather than as matter.  Alfred North Whitehead adopted a similar position in the twentieth century, describing the world, including matter, in terms of the relationships organisms have.  By adopting an organismic view of reality the nature of God may change from something more theistic towards something closer to pantheistic, but much of the impact on our lives remains.

Traditional western religion and thought has seen God as all powerful and often transcendent to the world.  There is certainly no reason why many of the attributes of a God would not be consistent with an organismic universe.  The concept of God when seen in organismic terms, that is as the unification of the cosmic will and consciousness with the cosmos may be seen more clearly as limited in its considerable power.

The cosmic force, that is God, is not omniscient.  From its perspective the future holds potentialities, and therefore probabilities for future events.  This is in agreement with quantum theory.  The cosmic force evolves with the world.  It is the recipient of these probabilities rather than their initiator.  The cosmic force is never fully realized.  That would be a lesser state of being for it than with a future of options.  In the present the cosmic consciousness is all knowing of everything past and present.

Existence is the primary statement of what an infinite reality implies, and survival follows from existence as the purpose of life.   In fact existence is the only purpose that can follow from an infinite reality and therefore survival must become the driver of life, ultimately determining what is internalized as good.  Spinoza follows a similar line of reasoning that the innate purpose of everything in the universe is to “persist,” including both organisms and matter in each of their separate ways.

Survival is the guiding principle for activity of all organisms.  More highly developed organisms will adopt better behaviors to promote survival.  These behaviors become codified and, internalized.  Organisms increase their survival by developing more and better ways to respond to different situations.  This increased complexity is a byproduct of the organism’s increased ability to survive because it can respond to a greater variety of situations.  We refer to the process of increasing complexity as evolution.  God, as part of the cosmic unity evolves with this evolution.

*Author Bio: Barry’s background includes studying philosophy at the University of Maine.  Metaphysics has been his avocation his entire life, especially the philosophy of Alfred North Whitehead. He tells us he has spent most of his life trying to make sense of this reality we find ourselves in.  Professionally he was a financial analyst and economist as well as a business executive, and is currently retired.  He is married and has two children.