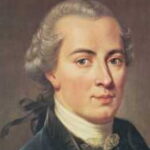 “My dear Fichte, I really shall not be put out if you or anyone else want to call chimerism that which I am opposing to idealism, to what I prefer to call nihilism.” – Friedrich Heinrich Jacobi1.

In this introductory section, we have looked at the question of the meaning of life from a variety of standpoints; first linguistically where we considered reformulations of the question, second as a potentially absurd enterprise, then biologically as the extension of living beings, then as the maximizing of pleasure, and last as divinely given. Today we move to the greatest threat to the hope for human meaning, nihilism.

Nihilism first appeared in the 19th century in Russia where it had mostly political connotations as destruction and revolution. Our interest is in its later form, the doctrine that nothing is valuable, a position rarely taken by philosophers with the exception perhaps of Schopenhauer, well-known for his pessimistic views. Its modern meaning is even graver, indicating a mood of despair over the emptiness and triviality of human existence.2

The underlying principles of the nihilist are:

2.  The universe itself if completely random, purposeless, and transient.

3.  The universe is utterly indifferent to humans and all living things.

5.   All morality is relative.

6.   Nothing matters, thus individual human meaning is an illusion.

These principles are seen as the inevitable conclusions of modern science. The nihilist generally accepts that science is the best means to truth, and quantum physics, cosmology, Darwinism, anthropology, psychology, and physical determinism demonstrate these principles to be both sound and irrefutable. Any counter-arguments are based on dubious beliefs less trustworthy than science.

Ultimately the nihilist asserts the meaninglessness of life either psychologically against a background of atheism or sociologically ensuing from technology, capitalism, and personal alienation. In particular, for a person to be whole and healthy, it is necessary to believe that one contributes uniquely to the social process in a way that is appreciated and rewarded by society, but this is lacking .3 Next we will examine the validity of the various tenets of nihilism.

1Earliest known use of the word nihilism quoted by Hans Kung who explains Jacobi is saying the idealist can dismiss the reality of God, humans, and other things as chimera or imaginary, i.e. non-existent. However Jacobi feels the same about idealism suggesting one simply choses between two kinds of nihilism. (Kung, Hans, Does God Exist? Vintage Books, New York, 1981. ISBN 0-394-74737-2, page 388.)