Whatever criteria we apply to human meaning, any discussion is contingent on its achievement being possible. If one says human meaning requires what is not feasible for humans to accomplish, it is no better than saying there is no human meaning or that human life is absurd. For example it is irrational to say human meaning is dependent on biological immortality when we know this is not the case. 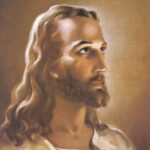 It is equally unreasonable to say my life cannot be meaningful unless something I do outlasts humanity and the existence of planet Earth knowing this is implausible. Human meaning is only viable if its requirements are possible. The proof is simple enough; if any human life has been meaningful, we know de facto it must be possible.

The meaning of one’s life must involve actions which are desirable not only for oneself, but for others, for humanity, for nature, and for the cosmos. The desirability of the effects of one’s existence is a vital factor in one’s own contentment, itself a facet of human meaning. 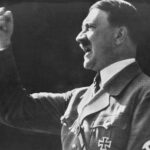 The actions of a dictator, while far-reaching, do not bring meaning when they are harmful to his countrymen or his neighbors. And the value of actions that improve the situation of humanity can be undermined by the ill effects on other species or the planet. Meaning and value then are intricately tied to goodness and benevolence.

The final feature of a meaningful life is understanding that one’s actions and their effects are meaningful. Actions or calculated inaction must be intentional, not accidental; due to free will, not determinism. One must have sufficient knowledge of reality and of the effects of human action to guide oneself. And for one’s life to be meaningful, one must recognize the meanings one has realized. It seems illogical to say a person had a meaningful life if that person thought their life was absurd or meaningless.

In short we see that the meaningful life requires experiences and effects with five critical features: sufficient magnitude and depth, acceptable duration and frequency, the possibility of actualization, desirability at many levels accompanied by personal contentment, and understanding of reality, human action, and one’s own success therein. Now we need to take on the difficult question of the necessity of God or the divine for a meaningful life.