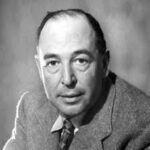 “Try to exclude the possibility of suffering which the order of nature and the existence of free-wills involve, and you find that you have excluded life itself.” – C.S. Lewis, The Problem of Pain.

Teleology – final cause or purpose – contrasts random or functional selection with intelligent design in the cosmos; offering meaning in reality and a point to the universe. The origination of the universe remains speculative but cannot be ascribed to ‘chance’ if we accept the discipline of cosmology. Its development may seem random, but complexity and chaos inherently lead to self-organization and emergence, while nature’s uniformity assures only statistical probability not predictability. Quantum uncertainty adds an additional indeterminate element. Our full understanding is impaired by our metaphysical biases and species limitations. In lieu of science, the direct grasping of reality professed by some Eastern philosophies offers an alternative means to understanding.

Natural selection is the best explanation for emerging complex inorganic and organic structures, but fails to definitively account for the appearance of life. Biological processes appear meaningful beyond simple teleonomy and human consciousness adds additional levels of teleology.  Absurdity may apply to our lives, but seems indefensible for reality since the alternative is nothingness. The universe is meaningful by at least five of six reasonable criteria with only the vague criterion ‘intention’ being inapplicable.

In short, the universe and life are best viewed as self-designed via scientific and ultimately deterministic laws, with a dose of quantum indeterminacy. In the absence of demonstrable intention, the best conclusion is that the universe has direction and we are wise to synchronize our lives with its trajectory.

Suffering is a part of the human condition, not synonymous with evil, and not always best avoided. While we imagine a perfect world would be free of all discomfort; logic tells us that inevitable boredom make this belief self-contradictory. The courageous approach to suffering is one of our greatest powers. Thus human suffering (excluding young children and the mentally challenged) is not indisputable disproof of deity nor inconsistent with a meaningful life.

Suffering is a domain of ironies; the opposite of happiness, but likely necessary for happiness, universal but not inevitable. Pleasures we seek to increase happiness unexpectedly lead to suffering. Perhaps most paradoxical of all – even extreme suffering can be the catalyst for finding meaning in endurance and making oneself worthy of it.

Our approach to suffering is key – we must coopt suffering as a conduit to the twin summum bonum: meaning and happiness. Our first ethical duty is to eliminate unnecessary suffering, but we can overcome and repurpose unavoidable suffering through the lessons of Hinduism, Buddhism, Stoicism, Epicureanism, Christianity, and Existentialism. For the unfortunate who must endure extraordinary suffering, Viktor Frankl urges they avert nihilism and recognize that confronting and being worthy of it is one of the three primary tracks to meaning. Finally controlled asceticism –self-discipline, virtue, and harmony with nature- can be the path to meaning, tranquility, and mystical union. Suffering then is both existential and essential: offering transformation, clarification, presence, wisdom, and enlightenment.