In the process of outlining beliefs justified by the highest degree of certainty, we have in the last six posts identified some thirty seemingly evident propositions of metaphysics, experience, and ethics. Today we delve into the elusive sphere of ultimate reality. This may appear to be a futile exercise as the author of The Cloud of Unknowing would certainly attest. Ultimate reality is shrouded beyond perception and not apprehended like rules of logic, mathematics, or the facts of science. Divinity is not experienced in the usual sense, but encountered through participation while one is detached from traditional knowledge and sensation. This strict materialist may also scoff at this effort, but it is worth attempting if only because it offers the hope of greater understanding and meaning for a limited creature like Homo sapiens. 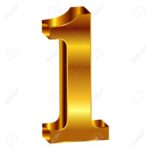 The most fundamental proposition of ultimate reality is The cosmos is a unity. Alternatively mystics speak of the One and existentialists of Being. Positivists typically consider this statement nonsensical as it can be neither proven nor disproven, but then the number 1 also suffers from this weakness. Like the cosmos it appears to be multiple as an infinite number of fractions make up the number 1, while all understand its significance. Most of us know, at least at times, what the word ‘cosmos’ signifies – an envelope enclosing everything.

Slightly less certain is the second proposition, There is a state of nothingness. While philosophers such as Parmenides argue that “Not being cannot be – there is no void.  The One fills every nook and cranny of the world and is forever at rest,” our own recognition of the nothingness prior to our birth demonstrates this with near certitude. Most of us acknowledge, with utmost regret, we will return to this infinite state after death.

Nearly equal to the first two is the third proposition, God defined as the origin of the universe or the universe itself exists. Of course this is a mere tautology, but serves to define the limit of any certainty we can express regarding the existence of God.1

Next most evident: The cosmos is governed by rational laws. This is less likely to be debated as true, and more likely to be challenged as ultimate since science depends on this principle for its truth. However rational laws of the cosmos include those of logic and reasoning that defy scientific scrutiny including the metaphysical and ethical propositions previously discussed.2

Fifth, Creativity is an element of the universe. Phenomenology and science inform this principle. Phenomenologically we appreciate the creativity represented by the particulars of the world we inhabit while scientifically we learn that a relatively limited number of identified subatomic particles combine and recombine into a seemingly unlimited number of structures and forms. We also experience the creative nature of being in our own capacities as a species, whether it be the epic of Gilgamesh, a Chagall painting, or our own imagination.