Snatching Hope from the Jaws of Epistemic Defeat1

“Hope is the only God common to all men; those who have nothing more, possess hope still.” – Thales of Miletus 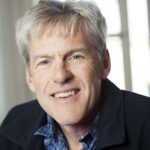 At the suggestion of a subscriber, I read this 17 page essay by Professor Robert Pasnau (University of Colorado at Boulder) published in 2015 in the Journal of the American Philosophical Association. It can be accessed at https://spot.colorado.edu/~pasnau/inprint/. He defines ‘epistemic defeatism’ as “the view that we have no good evidence for the truth of any proposition.”1 His goal is to untangle it from related views and establish its independence from questions of knowledge. He traces strict skepticism back to Pyrrhonism with its cardinal doctrine that for every good argument there is an equal opposing argument forcing the lover of truth to suspend judgment in all affirmations of knowledge. The Pyrrhonists offer at least seven challenges to formulations of certainty: illusion, perpetual variation, disagreement, cultural relativity, infinite regress of premises, circularity of arguments, and groundless assumptions.2

Pasnau divides skepticism into two branches: ‘weak’- which concedes beliefs are based on evidence that is insufficient for certainty (e.g. Descartes), and ‘strong’- which denies any belief is based on ultimately reliable evidence (e.g. Hume).  He thinks this latter case of epistemic defeatism, is more interesting philosophically. Strong skepticism is usually ignored or refuted a reductio, that is, since we obviously have knowledge, epistemic defeatism must be absurd, but he thinks other responses – reliabilism, default to truth, language game theory, changing context theory, consequence-based belief, and coherence – are better.2

While he maintains that knowledge need not be identical with certainty, he is intrigued by Hume’s arguments that our firmest beliefs lack even probability, contending that “…what could possibly be of greater philosophical significance than the thesis that, in the final analysis, we have no good evidence for the truth of any proposition?”3 He considers various approaches such as rational expectation, probability, antirealism (e.g. Berkeley), divine knowledge, and evidentialism,  but thinks none is ideal .2

He eventually comes to Augustine and Al-Ghazali who rely on divine inspiration or faith, but he finds problems with this position such as what happens when faith clashes with evidence, questions of degrees of knowledge to accept on faith, and the risk of epistemic chaos. 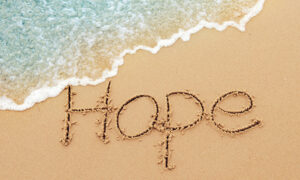 Instead he sees the crux of the claim to knowledge as the tension between our fear of being wrong and our hope of being right. Based on credence – one’s attitude regarding the chance of a proposition’s obtaining – one may choose to be optimistic and confident while abandoning the concern about being certain. He admits this ‘hopeful defeatism’ may not count as knowledge, but it does recognize “we care about many things other than truth and falsity- inasmuch as we want to live rich, engaged lives.”4 I am reminded of William James’ essay The Will to Believe.

However, I believe there is a stance more reasonable to the practical philosopher which is the subject of my next post.

1Journal of the American Philosophical Association/ Volumes 1 / Issue 2 / June 2015. Page 257.  Note: I refer to this as ‘radical skepticism’ in my last two blogs.

3As there is not room in this essay even to summarize these, I leave it to the interested reader to go to the source.