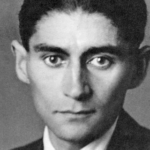 “You can hold back from the suffering of the world, you have free permission to do so and it is in accordance with your nature, but perhaps this very holding back is the one suffering that you could have avoided.” – Franz Kafka.

Last time we ended on the scientific approaches to suffering touching briefly on psychology as the means to reduce mental suffering. Of course psychology has been migrating away from the mere treatment of mental disorders to the search for a positive science of mental well-being. Today we will look at one thesis in this area, that of understanding happiness by identifying its opposite and their relationship. 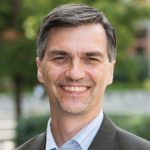 James Pawelski of the Positive Psychology Center at the University of Pennsylvania provides a scholarly account.1 First he points out that there are three types of opposites: (1) binary contradictory – such as male and female (one or the other), (2) continuum contradictory – such as light and dark (gradations of more of one and less of the other), and (3) subcontrary –such as pleasant and unpleasant (non-exclusive or concurrent, e.g. bittersweet)

He then points out how the prefix un- indicates opposites linguistically – for example affordable and unaffordable. Thus logically unhappiness is the presumptive opposite of happiness. This pairing has some features of a continuum contrary and some of subcontraries. It is our experience that the removal of unhappiness does not lead to joy but rather a neutral state, and psychologists find that there is at best a weak correlation between the increase in positive emotions and a reduction in negative emotions. Barbara Fredrickson has found it takes three positive emotions to overcome one negative emotion. Corey Keyes proposes that a complete state model of human mental health includes independent salutogenic and pathogenic scales. Pawleski concludes that subjective well-being requires a composite of high positive affect, low negative affect, and high life satisfaction. The implication is evident: two processes will lead to happiness –  an increase in positive states and conditions and a reduction in negative states and conditions.1

Pawelski also considers several philosophical approaches to the pursuit of happiness: Stoic, Epicurean, and the teaching of Epictetus and Boethius. The reader can review the last two posts for my discussion on such approaches. However, my immediate interest in Pawelski’s discussion is to consider whether the true opposite of happiness is not unhappiness, but suffering.  If joy, meaning, and flourishing make up eudaimonia, then dysdaimonia is misery, alienation, and languishing –something more than the bland feeling of dissatisfaction or unhappiness, much more akin to suffering. But like unhappiness the relationship of happiness and suffering is as subcontraries. Indeed suffering while regrettable is inevitable and can serve as a stimulus for happiness, growth, and meaning. Next time we will look at Buddhism where this opposite of happiness is the starting point for enlightenment.