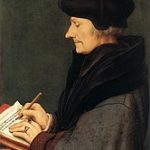 In looking at an issue as subtle as teleology we will have to be methodical (very much as when we addressed body and soul, and death and immortality) especially since teleology is neglected in the philosophy literature, particularly with respect to the key areas of life, history, and the universe. 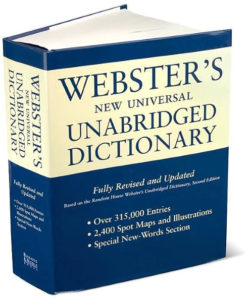 Webster’s Unabridged Dictionary will be our source.1 It defines “purpose” as “the reason for which something exists or is done, made, or used; an intended or desired result, end, or aim.” It also defines “on purpose” as by design, intentionally. Purpose then appears to be not how, but why a thing came to be or an event occurred. Science is an excellent means to determine the how, while we rely on philosophy, logic, or theology for the why.

“Function” is defined as “the kind of action or activity proper to a person, thing, or institution, the purpose of which something is designed or exists, role.” This appears to blend why and how.

“Design” has several definitions, but the relevant one for our discussion is “to plan the form or structure of; to plan and fashion artistically or skillfully.” This definition suggests design may be independent of a reason or the why of an entity or event per se. In theory then, a designer need not have a reason for his or her design.

“Intent” is defined as “the act or fact of intending,” and “intend” is defined as “to have in mind as something to be done or brought about; to design or mean for a particular purpose.” Therefore, intention may or may not include the question of why.

“Chance” is defined as “the absence of any cause of events that can be predicted, understood, or controlled.” Chance then is a particular explanation as to how something exists or how some event happens, specifically as uncaused, unpredictable, and incomprehensible. The why is unstated, but perhaps logic would say chance events and existence have no why.

“Trajectory” is defined as “the curve described by a projectile, rocket, or the like in its flight.” However  it often has connotations of “direction” meaning “the line along which anything lies, faces, moves, etc. with reference to the point or region toward which it is directed.” Trajectory or direction then implies neither how nor why, but simply records progression towards a neutral or intended end.

“Meaning” is defined as “what is intended to be or is actually expressed or indicated; significant, import; the end, purpose, or significance of something.” Meaning then is about why not how.