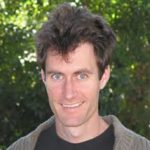 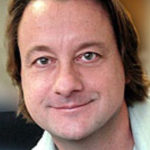 The final area  in  our consideration of human destiny is the astrophysicist’s chronology of the future of the universe. In their 1999 book, The Five Ages of the Universe,1 which grew out of a University of Michigan ‘theme semester’ called Death, Extinction, and the Future of Humanity, Fred Adams and Greg Laughlin look out as far as 150 ‘cosmologic decades’ (that is 10150 years; the number of the cosmologic decade is n for any age of the universe of about 10n years – placing us in the 10th cosmological decade at about 10-15 billion years). They admit upfront that as they move further out in time their theory involves speculative elements, but all is based on the best science of our time.

It turns out we missed the Primoridal Era, the first 5 decades (before 10,000 years) when radiation was dominant, some lighter elements appeared, and eventually fluctuations in the density of matter led to astrophysiologic objects. Rather we live in the second age, the Stelliferous Era (the age of stars – decades 6 through 14 – which will last for about another hundred trillion years). 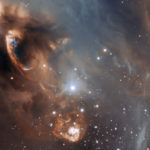 Our solar system will not make it out of the 10th decade (larger stars burn out more quickly). The Sun will shine for another 6 billion years, although during that time it will get brighter and make the Earth prohibitively hotter (due to a runaway greenhouse effect much as exists on Venus). In a few billion years, the additional heat will evaporate Earth’s liquid water and make organic life here impossible. Moreover towards the end of the Sun’s life, it will expand as a red giant and consume Mercury, Venus, and finally the Earth. However this allows plenty of time for a human diaspora into the remainder of the solar system, especially to a warmer and more hospitable Mars.2 To survive after the Sun’s death, humans will likely need to move to other solar systems.

Speaking of moving into the galaxy, Adams and Laughlin do some calculations on the time required to fully colonize the Milky Way. They estimate a chance galactic colonization would require about 3 trillion years, but one driven by intelligence would take only about a billion years. Since no other civilization has come in contact with us to date, we can assume either no capable intelligence has existed for that long or that such a civilization finds it impractical or at least not economically advantageous.3

Life as we know it becomes increasingly improbable in the third age, the Degenerate Era (decades 15 through 39), when stars are no more, and brown and white dwarfs dominate a colder, darker, more diffuse universe. But even then  small stars, some with planets, may form as a result of rare collisions of red dwarfs. Because of their small size these will last trillions of years allowing sufficient time for life to evolve.