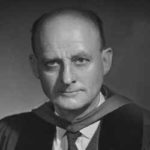 “Human history [is] moving towards a climax in which evil becomes more and more naked and unashamed.” – Reinhold Niebuhr.

We have looked at scientific, historical, and philosophical ideas of human destiny. Now we turn to eschatology – a theological doctrine or theory of the end of the world or the human race.1

Eschatology assumes the premise that history has a direction and is irreversible. It appears to be limited to Western religions; Eastern religions view history as cyclic or eternal. For example, Hinduism does not describe an end to the world as illustrated by Mahatma Gandhi’s words: 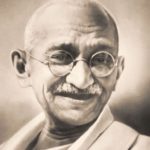 Eastern religions focus instead on the end of the individual not humanity. Indian religions endorse multiple reincarnations with one’s personal end in nirvana. In Hinduism this is uniting with God whereas in Buddhism, this means nonexistence or oblivion. Chinese religions including Confucianism and Taoism are silent on the end of the world and speak very little of Heaven or Hell. For Eastern traditions then, humanity does not have a divine destiny and may even continue indefinitely.

On the other hand, Middle Eastern religions posit history as having a direction with the logical consequence that human history will end. Zoroasterianism and Judaism and their descendant religions (e.g. Christianity and Islam) see the eschaton (end of history) as being the divine fulfillment of good’s triumph over evil. The general plot is that late in human history evil will increase under the leadership of a powerful agent who will appear to be victorious (the Tribulation). Shortly thereafter the deity, with the assistance of good men or angels or both, will defeat the evil forces, and a Day of Judgment of the resurrected and the living will follow. The favored will be saved for a new world or paradise (the Kingdom of God) while those judged to be agents of evil will be condemned to eternal punishment or oblivion.3,

As in so much else in religion, belief in an eschatological human destiny relies on faith rather than reason, and seems improbable. Before we consider its significance I would like to explore the most famous eschatology in history, The Book of Revelations, which is the subject of the next post.

1 Eschatology can also refer to the end of our individual lives too, but we discussed that in the section on Death and Immortality.

3Edwards, Paul (editor), The Encyclopedia of Philosophy. Macmillan Publishing Co., Inc. & The Free Press, 1972.   Volume 3, pages 48-49. Theoretically a similar view of human destiny need not include belief in God. Some writers point out that this story line is mirrored in the philosophy of material determinism within Marxism where the ‘chosen people’ are the proletariat, and the new world is ‘the classless society.’ I leave it to the reader to decide whether this is indeed synonymous.