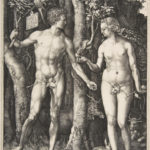 In this section so far we have investigated the arguments for and against free will and the extenuating factors of fate and fortune. Now I would like to look a little at the most radical presentation of free will; that is the existentialist position.

In this tradition, freedom is the central fact of human existence. Our choices determine our very nature. Every action in life requires choice; inaction is a choice as well. The criteria used in human choosing are themselves chosen; that is they are not deterministic as such and defy traditional modes of causation; therefore determinism is rejected.1

For example in Either/Or,  Soren Kierkegaard sees choice as the only authentic means to self-hood. Action fits into a coherent way of life with three main alternatives: the aesthetic (pleasure-seeking), the ethical, or the religious.2 In Concluding Unscientific Postscript, he reminds us that existence is individual in character, that an existent individual is one in the process of becoming, and that since death is imminent, every choice has infinite worth and every moment is a unique occasion for decisive action. In this way each individual achieves his being through decision.3

Friedrich Nietzsche  grants that we are born with certain abilities, dispositions, and personalities, but this does not mean we must “accept what we are, rather we have the responsibility to make something of ourselves, for each person to “become who you are.” Talents are not self-realizing; it is the responsibility of the individual to cultivate them. The ultimate ethic of human freedom transforms life into the search for self-realization.4

In Thus Spake Zarathustra, Nietzsche describes the individual standing alone with his fate in his own hands unable to rely on help from others or the supernatural. He must make himself; life is the ‘will to power’ – the feeling that one is in command of oneself and the future. Virtue then is to be true to oneself and follow where the self leads. 5 In Beyond Good and Evil, he argues the metaphysical debate on free will should yield to a focus on the strength of the will. For Nietzsche, cause and effect are fictitious concepts useful for common understanding, not explanations. Instead of ‘free’ or ‘non-free’ will, we should recognize ‘strong will and weak will.’6

It appears these existentialist philosophers recognize a degree of limitation imposed by human circumstances, but nonetheless assert complete freedom of choice, individual responsibility for one’s actions or inaction, and autonomous creation of one’s own character and destiny. However an even more radical position on freedom  is described by John Paul Sartre. That is the subject of the next blog.

4Solomon, Robert C. No Excuses: Existentialism and the Meaning of Life. The Great Courses. Lecture 12.