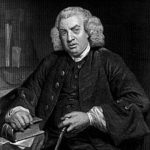 “All theory is against freedom of the will; all experience is for it.”  – Samuel Johnson.

We have seen that the main argument against free will is the deterministic or mechanistic appearance of the universe. Science leans against free will, but is not definitive as of this time. Philosophers offer two basic defenses of free will: (1) empirical evidence and (2) the moral argument. In this blog we will look at the first.

No matter what else we may discover about human behavior, most people believe they have and experience free will regularly and certainly everyone appears to act as if they do. Richard Taylor makes a strong case for free will by pointing out two universal empirical facts: (1) sometimes I deliberate, and (2) sometimes it is up to me what I do. Given these two ‘facts’ the will must be free. Deliberation is inconsistent with determinism because if my actions are determined, why would I deliberate? If my actions were not free I would use my reasoning ability to discover my future actions rather than deliberate to decide on those actions. A scientist may attempt to identify future behavior by looking at causes, but would be unlikely to think his or her own action can be identified this way. Moreover if actions are determined, then no action is up to me, in direct contradiction to the second fact. Determinism is simply inconsistent with the empirical facts. Taylor adds that indeterminism or behavior as uncaused also violates these empirical facts.1

Roger Scruton argues that determinists are trying to shift the burden of proof on to believers in freedom rather than proving that we are not free. His response: why should we have to do that when “it is obvious we are free” ? The determinist’s error is in believing if action were free it would mean they are uncaused.2 Mortimer Adler agrees; it is a misunderstanding of the issue itself – free choice does not mean uncaused, even if such actions are unpredictable.  After all science relies on statistical and probabilistic formulations, but this does not mean events in the universe are uncaused. Adler concludes actions of will are outside the domain of the science of physical phenomena. Will is intellectual not sensuous, and not a faculty of pure desire, memory, or imagination all of which may follow scientific laws; rather will and intellect are non-material and are governed by laws of their own.3 Metaphysically then, events can be caused by either antecedent events or by free agents, and empirically humans are free agents.

We will investigate further the meaning of free agency after the next post on the moral argument for free will.