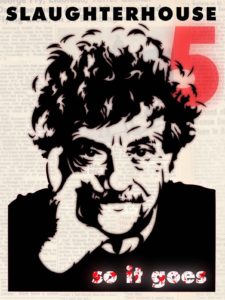 “If I hadn’t spent so much time studying Earthlings,” said the Tralfamadorian, “I wouldn’t have any idea what was meant by ‘free will.’ I have visited thirty one inhabited planets in the universe, and I have studied reports on one hundred more. Only on Earth is there any talk of free will.” – Kurt Vonnegut, Slaughterhouse-Five.

Last time we looked at determinism as an argument against free will and noted that its undeniable  corollary that no one would be responsible for his actions undermines that line of reasoning. However some philosophers persist, drawing on science, particularly neuroscience, as evidence that the human belief in free choice is an illusion.

David Kyle Johnson presents the case quite well.1 First the brain appears to be the decision-making center for man and it is simply a collection of neurons wired together in a such way as to determine our behavior. Brain structure and function is determined by genetics and environment both of which originally are not determined by oneself. Also emotions work through the brain’s limbic system and often override the inhibitory signals coming from the cortex or thinking portion of the brain. Joseph DeLoux, a New York University neuroscientist asserts that the emotions therefore control most of our actions and only afterward do we rationalize those decisions.

Johnson also reviews work done in the 1960’s by Hans Helmut Kornhubeer and Luder Deecke where it was possible to measure brain activity before a decision occurred, and the processes involved happened before the decisions in a part of the brain unrelated to conscious deliberation. In the 1980’s Benjamin Liber showed this readiness potential occurs 0.35 seconds before a decision is made.

In 2008, John-Dylan Haynes did an experiment where he found unconscious parts of the brain were busy working to initiate actions seconds before a stimulus which required an individual’s choice. Itzhak Fried showed in a similar experiment that neurons observed directly were unconsciously ‘deciding’ on an action before the conscious decision with consistency that allowed an 80-90% predictive accuracy. The implication of these studies is that the conscious decision is an afterthought and that free will is an illusion.