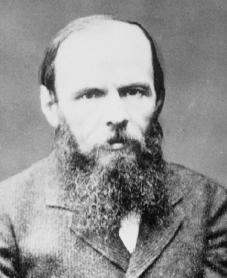 “Without the belief in the existence of the soul and its immortality human existence is ‘unnatural’ and unbearable.” – Fyodor Dostoevsky.

In the last post, we scrutinized biological immortality and found it unworkable for nature and wanting for us. Now we will analyze the desirability of spiritual immortality. There are two considerations in our analysis: consequences for this life and concerns regarding the afterlife.

The immediate consequence for our life on earth would be that this life is infinitesimal by comparison to the afterlife. Therefore it would be critical to know how to behave in this life to assure the best afterlife, but that pathway is unknowable. Decision-making would become impossible and paralysis might be the result. Even if one knew the best course, it would limit choices in this life, require servitude over self-actualization, and be a source of immense anxiety as perfect compliance would be unlikely or impossible. One would have lifelong fear of punishment in the afterlife and the reality of eternal torment if one chose wrong. Immortality in Hell seems much worse than mortality and oblivion.

You might counter with the consideration of eternal reward in Heaven for those who succeed, or even that the afterlife will be bliss for all, not a ground for equalizing goods and moral retribution. The question then becomes what is eternal reward? Nothing initially pleasurable is likely to be pleasurable forever. If God can make pleasure somehow last forever, what meaning is there in a robotic or drug-like ecstasy? Spirits are incapable of activity or creation, nor is there anything to gain from such efforts. If there is a Heaven, there is a God and he already has all knowledge and can do anything, so there seems no point in trying to learn, discover, or make anything. And meeting the greatest humans in history would not be exciting once we are aware of the insignificance of mortal life compared to eternity. In fact, between the inactivity of spiritual existence and the monotony of eternal paradise, the likely outcome would be intolerable boredom and ennui. Moreover if eternal bliss truly exists and is assured at death, what point can biologic life have? – logically we should end it as soon as possible.

Reincarnation also offers little consolation: unending rebirths without memory of past lives, enduring consequences of the errors of one’s unremembered self, repetition of the phases of human life without the benefit of experience, and being reborn as an animal or plant with their unfortunate life and death cycle lead invariably to Buddha’s first noble truth – life is suffering. And it is no surprise that in Eastern traditions, nirvana entails the end of reincarnation with either impersonal existence or oblivion.

In conclusion, the presumed or hoped for benefits of spiritual immortality are an illusion. Paired with the unworkable and undesirable features of biologic immortality, our analysis reveals the longing for immortality is an intellectual deception. Perhaps mortality is preferable as we will discuss in our next session.