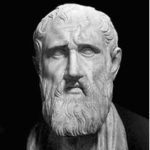 “At death the soul survives the body, but only as an impersonal energy. At the final conflagration the soul will be reabsorbed, like Atman into Brahman, into that ocean of energy which is God.” – Will Durant, on Stoic philosophy.1

In the last three parts, we examined three classical concepts of immortality: reincarnation, resurrection, and spiritual afterlife. Each allows for at least some component of individual identity after death and the latter two preserve memory and personality. Each attempts to justify the inequities among people and offer punishments or rewards for ethical behavior in this life. But they all have significant difficulties including unsubstantiated complexity. The last and least complicated classical conception of immortality was developed apparently independently by the Upanishads and the Stoics. 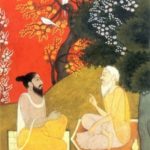 Both of these philosophies identify a universal spirit; in the East, Brahman, and in the West, the Logos, later referred to as Providence. The universe is seen as a gigantic organism with God as its soul. The human ‘soul’ is seen as an impersonal force or energy, essentially a finite version of the Universal soul as if a broken off piece destined to reunite with it. This description of existence after death has an elegant and simplistic beauty about it which makes it surprisingly credible. However it still depends on indemonstrable human and greater souls. In addition it lacks the satisfaction of individual continuation as a particular person, and fails to address moral retribution or inequalities and evils suffered by people in this life.

Later philosophers have modified versions of this form of impersonal immortality. For example, Hegel identifies an immortal Universal Spirit with its successive phases embedded in humankind. We then are the incremental steps of development of the Universal Spirit which is completed in us. Our participation in the eternally present is encompassed and remembered in the Universal Spirit’s continuous being. Spinoza conceives of a kind of immortality man achieves through participation in the eternity of Nature. He also asserts that because of its sensibility of the eternal, the “human mind cannot be absolutely destroyed with the body but something of it remains eternal.”2

Whichever form impersonal immortality takes, this conception seems to me the most plausible of the four traditional beliefs and can serve metaphorically, at least, as a substitute for the other three. We may want to return to it in our final synthesis, but first we must look behind the curtain at the disadvantages of personal immortality and the advantages of death.