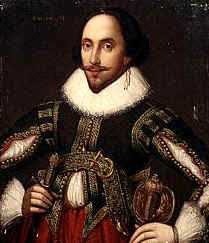 “All that lives must die, passing through nature to eternity.” – William Shakespeare, Hamlet.

And now we come to perhaps the most difficult conundrum of human existence– the inevitability of death. It seems a cruel trick of nature to permit our birth with the predetermined certainty of our death. But it is particularly disturbing that we, perhaps alone of all earthly living things, should be aware of the inevitability of that death. Our scientific side recognizes that human mortality is merely the continuation of a basic characteristic of life passed down through the chain of evolution. But our deeper self is repulsed that nature allowed us to conceive of time, especially future time, in all of its immensity, in light of our infinitesimal lifetimes.

All philosophical and religious traditions address the significance of death, but Buddhism, Epicureanism, Stoicism, Christianity, and existentialism appear to amplify its role  most in their ideology. Much of what follows will investigate the solutions they offer to this human dilemma, but as in other sections, my goal is to assemble a personal approach from their teachings. That synthesis will incorporate my prior conclusions regarding reality, good and evil, God, and the soul. That is, reality refers to that which can be validated phenomenologically or scientifically, but  includes an ultimate form. Good is that which is conducive to life and the universe; evil its opposite. God is strictly designated as the origin of the universe and is not asserted to be concerned directly with the fate of man. The soul is not regarded  as a substance, rather as the immaterial nature of man, especially mentality, will, and self.

I will divide our discussion into the following parts:

3.   Traditional concepts of life after death

9.  Synopsis – Is there an ideal approach to mortality?

We will start by distinguishing the end of life from the end of existence. Then we will consider what happens after death, first looking at traditional theories of immortality and their disadvantages. Next we will consider the case for seeing death as a good rather than an evil. After a pause to reconsider time, we will examine alternative views of immortality and the choices we face in dealing with our own mortality. Finally I will conclude with a synopsis and attempt to integrate human mortality with a meaningful life.