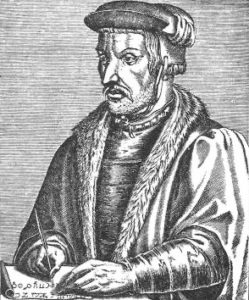 “It is us he inhabits, not the underworld, not the stars in the sky. The spirit who lives in us makes those.”- Agrippa von Nettesheim, quoted by Arthur Schopenauer in The World as Will and Idea.1

We have previously seen that being or actuality, vitality or life, and consciousness and mind are key immaterial or transcendental constituents of man and to a lesser extent other entities in the universe. Now we take up the fourth component, will. First I should clarify that I am referring to the noun – as in the referent for the adjective willful – rather than the verb referring to volition (we will discuss free will in a later section).

Will has an extensive philosophical history. Plato considers will as one of the three fundamental parts of the human soul – the other two being reason and appetite – though he refers to it as spirit as in spiritedness. Aristotle sees will as the motivating force which turns thought into action. Descartes finds will to be more extensive than intellect. Kant defines will as “the faculty of desire in so far as its inner principle of determination as the ground of its liking or predilection lies in the reason of the subject.” Locke distinguishes thought as passive while will is active. Freud repositions will in his psychological model as the ego.2

This spirited, motivating force, more extensive than intellect, the faculty of desire, and the active element underlying the ego is most richly developed in the writings of Arthur Schopenauer. He sees will as striving, impulse, instinct, interest, desire, and emotion. He asserts that we can know Kant’s thing-in-itself for ourselves by searching inside where we find the experience of striving or will. Will for Schopenauer is blind and unintelligent; his description of it seems to me a visceral, unthinking self-preservation.3 He attributes this conception of will to all of reality and decides the entire world of phenomena is objectified will. The path Schopenauer takes eventually leads to the Platonic ideas, the Upanishads and  Buddhism, aesthetics, and the tragedy of life and its suffering; but for our purpose, the key point is the place his description of will fills in understanding what lies in the abyss of human existence.