“As in this body the embodied soul passes through childhood, youth, and old age, in the same manner it goes from this one body to another; therefore the wise are never deluded regarding it.” – Bhagavad Gita

As so many words used in the common lexicon, the word ‘soul’ has an intuitive meaning for most readers. However in philosophy, we must clarify and agree on our terms to avoid misunderstanding and error. The unabridged Webster’s dictionary has 14 definitions, but the first two seem most useful for this site:

1.  The principle of life, feeling, thought, and action in humans regarded as a distinct entity separate from the body, and commonly held to be separable in existence from the body; the spiritual part of humans as distinct from the physical part.

2.   The spiritual part of humans regarded in its moral aspect, or as believed to survive death and be subject to happiness or misery in a life to come.1 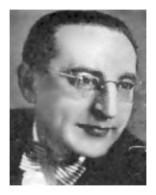 Mortimer Adler, a 20th century philosopher, when defining soul emphasizes the word is “used with negative understanding – i.e. not physical and not material.”2 Dagobert Runes, another 20th century philosopher, includes in his dictionary the entry ‘soul-substance theory’ wherein there is a “unity of the individual mind constituted by a single, permanent, and indivisible substance.”3  As such I will intend by  the word ‘soul’ generally to refer to an immaterial, indivisible, nature of man separate from the body.

One of the main problems in asserting the  soul as separate or distinct from the body is how the two are conjoined, that is, how an immaterial soul can operate within or perhaps outside a physical body. This mirrors the metaphysical question of the nature of reality; with the the conception of dualism where material and immaterial parts coexist and co-operate versus monism where there is only physical reality. If the monists are correct, believers in the soul  are simply conflating the body’s emergent features, such as consciousness, as discrete from its physicality. Obviously those who deny dualism and the existence of God or His immaterial essence will also reject the idea of a human soul as defined above.

We will revisit this debate when we get to arguments for and against the existence of the soul, but first we will review the two basic conceptions of the soul which is the subject of the next blog.