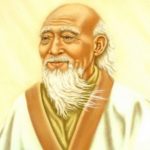 Mastering others is strength. Mastering yourself is true power.– Lao Tzu

All levels of personal ethics are dependent on the individual’s ability to master himself. A logical starting point in thinking about this is consideration of what it means biologically to be human. In the course of evolution, nature permitted primates and then humans to lose physical attributes previously necessary to survival such as large teeth or speed, and compensated by giving them larger brains which led to longer periods of dependence and compelled them to live in groups. This left humans with strong drives, uneven moods, and minds capable of negotiating the complexities of social hierarchy. The larger brain eventually led to perhaps nature’s greatest achievement – the ability of self-reflection. But for a human tribe to survive, members had to learn to master their drives and moods, and promote social stability in order to be a useful part of the whole. This primordial need followed us into civilization.

In addition humans, as all animals, live in a world of uncertainty and danger which leads to stress and anxiety. One key need for humans is the ability to rest and refresh the mind in order to concentrate on physical and social needs. Sleep is the biological form of that rest, but the complexity of human functions and psyche requires a waking method of relaxation and centering as well. This is the realm where self-control plays out.

So at one level, self-mastery is simply the ability to control emotions and instincts and maintain equanimity and poise. It is not automatic, rather the result of effort. It begins with parental efforts to modify the child’s unsocial behavior through a socializing process. But most of us are only partially competent as we come out of our parent’s supervision, and it may be a lifelong process to achieve final mastery of the self, if we ever succeed.

Various methods are thought to help one develop this level of self-mastery. The stoics and several Eastern philosophies encourage a process of self-denial and contemplation as a means to live in conformity with the harmony of nature and the cosmos. Yoga and some martial arts are examples of more formal disciplines with self-mastery as a goal. Religions often consider fasting as promoting it. Psychological counselling and self-hypnosis are more typical modern Western means to this end.