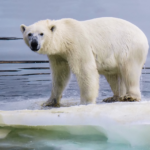 “Truth does not change because it is, or is not believed by a majority of the people.” – Guido Bruno (burned at the stake for heretical philosophical beliefs in 1600).

Today I was listening to Professor Cahoone’s lecture on Pragmatism. After an introduction to the three main lines of philosophy of the early 20th century, he discusses America’s greatest contribution to philosophy – pragmatism. However, during the lecture almost as in passing he delineates the three canonical theories of truth. These are:

In the lecture Cahoone also discusses Charles Pierce’s convergence theory where truth is the point to which inquiring persons studying a thing converge. For this blog, we will consider that a variation of the coherence method.

Now I should start with a reminder that there is no certainty in this world. However it seems to me that thoughtful persons should attempt to deploy all three of the theories of truth if possible (rather than choose one) to achieve the greatest confidence possible of the truth in any given circumstance.

For a relevant example, let us consider the current issue of global warming – particularly with respect to the impact of human activities – an issue which seemingly defies certainty. From the vantage point of correspondence theory, if global warming is true, scientific measures should confirm this on an ongoing basis, that is, global temperatures should continue to rise and polar ice should continue to decline. If the work and opinions of most scientists in multiple fields – meteorologists, geologist, oceanographers, climate experts, biologists, astronomers – concur on the validity of the theory, we add more confidence of this truth by virtue of the convergence (coherence) standard. Therefore those two theories of truth appear to apply here.

The associated counter arguments are that the history of global temperature rise is brief on the order of geological time, so remains potentially suspect, which questions correspondence. Also the convergence of opinions is not infallible in science as revealed in Thomas Kuhn’s book,  The Structure of Scientific  Revolutions 2, where Kuhn demonstrates scientific communities dependence on ‘paradigms’ that eventually are superseded.

It seems to me the counter arguments are weaker but not philosophically illegitimate. However, just as in William James’ essay The Will to Believe 3, where the decision to believe or not to believe in God cannot be delayed indefinitely as one must live assuming one or the other, the situation of global warming may not be able to wait for greater scientific certainty. Pragmatism offers a solution: take reasonable actions our best science shows will slow down and/or reverse temperature rise to validate or disprove the correspondence and convergence views on the question. If we are committed to truth, our obligation is to make this attempt thereby attaining the highest certainty possible, while potentially eliminating or minimizing harm (evil) to the planet.4 As in all things ethical, personal sacrifice is not a valid excuse to commit a wrong.

3 James, William, The Will to Believe and Other Essays in Popular Philosophy. Dover Publications, Inc. 1956. Pages 1-31.

4 This approach recently was successful with respect to the theory of ozone depletion being caused by human activities. USA today reported November 6, 2018 that the United Nations announced slow healing of the ozone layer following “decades of global cooperation to phase out ozone-depleting chemicals.”