Carroll continues with some interesting observations on the cosmos. The Big Bang does not mark the beginning of our universe, instead it marks the end of our theoretical understanding. It is a moment in time rather than an explosion of matter into an empty pre-existent void, that is, “the moment prior to which there were no moments: no space, no time.”5  Likewise changes in the universe are not teleological – directed to some future goal, but ekinological – points of departure. Time as we experience it moving forward but never backwards is due to the unwavering increase in entropy known as the arrow of time. Last the idea of “cause and effect” is artificial as there is no “responsibility” intrinsic to sequential events; for example, the position of a planet at any time is simply determined by its prior position. Physics considers events as simply arranged in a certain order. Nonetheless “causality” is a useful way of talking about events. 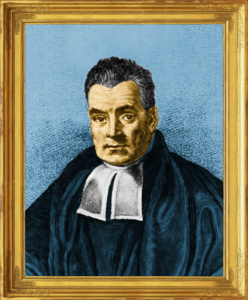 He next takes on epistemology in his chapter called Understanding. Like the philosopher, he reminds us the reliability of beliefs vary, and references Reverend Thomas Bayes’ theory of probability as a starting point. Degrees of beliefs or “credences” are affected by new information which supports or discourages a given belief. He embraces the use of doubt in strengthening belief, but rejects foundationalism as attempted by Rene Descartes. Instead he highlights “emergence” – the appearance of properties of a system that are “not part of a detailed ‘fundamental’ description of the system.”6

Different stories or theories as useful ways of talking have particular domains of applicability. While each is autonomous within its domain, viable theories connect through “coarse graining.” So emergence (esp. strong emergence) explains human consciousness in one story even if the physicalist thinks it is an illusion based on quantum, atomic, or chemical processes. For the poetic naturalist, consciousness is real “if it plays an essential role in some particular story of reality that, as far as we can tell, provides an accurate description of the world within its domain of applicability.”7 Poetic naturalism then allows for two components of reality – the fundamental and the emergent/effective within which are the factual or objective and the constructed or subjective. Illusions (for example phlogiston or ghosts) are emergent/effective, but not real. 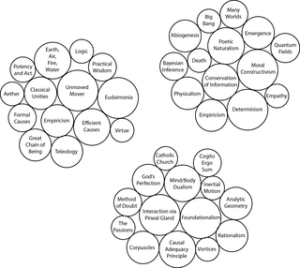 From there Carroll takes us to the coherence theory of truth (knowledge) which he calls planets of belief,  meaning “a set of beliefs held together by the ‘gravitational pull’ of their mutual consistency.”8 Coherentism says knowledge isn’t founded on unimpeachable and unquestionable principles but on a system of beliefs compatible with each other. There can be many planets of belief, but they should share three important premises: (1) reason and logic are important in finding truth, (2) models of the world should provide accurate representations of what we observe, and (3) true statements correspond with actual elements of the world. Some planets of belief are more stable or ‘habitable’ and the best way to be safe is to avoid cognitive or confirmation biases, and by giving extra consideration to facts against your beliefs.

Finally we must accept uncertainty – science never actually proves anything – only makes something immensely more or less probable until belief becomes justified. And science is not based on ‘faith’ (as with religion) but assumptions. Absolute certainty is only possible in mathematics where axioms are stated and truth is limited to the world of those axioms. The non-absolute truth of science entails methodological empiricism, i.e. knowledge obtained from our experience of the world rather than thought alone. Innate and transcendental experiences may arise from direct contact with a higher level of reality, but can only be accepted if they conform to our observations of the world.