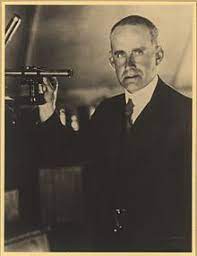 “The ultimate stuff of the universe is mind stuff.” – Sir Arthur Eddington.

We have now analyzed five interpretations of the universe as ultimate reality involving (1) unity, order, and uniqueness, (2) instantiation in particulars such as light waves, atoms, and events, (3) constitution of space-time, mass-energy, and natural logic, (4) comprehensiveness in rationality, size, components, and autonomy and (5) participation in an evolving multiverse. There remains one last ultimate designation for our consideration, perhaps the most speculative of all – consciousness. Is it possible that the universe itself has consciousness? If so would that not be the ultimate reality? In the next few blogs we will review some astrophysicists’ attempts at a cogent answer to this question.

Regular readers of these posts will know that I have already expended numerous words on the subject of consciousness including the pantheistic hope that the universe as a highly complex entity might, following complexity theory, have the emergent property of consciousness, not unlike that of the animal brain. In general these have been philosophical or religious speculations rather than the scientific ones we will now consider. 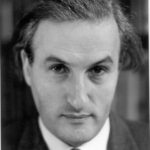 The word ‘consciousness’ is itself ineffable – we all seem to know what it is but like the concept ‘time’ never quite can grasp in words its full meaning. We begin with some preliminaries borrowed from Ian Glynn. Consciousness is first and foremost the result of neural processes occurring in the brain. However, along the chain of neural events responsible for sensations the neuroscientist loses his or her way to the destination of understand the feelings and thoughts that make up consciousness. Thus the “neural correlates of consciousness…seem as elusive as the crock of gold at the end of the ranbow.”1 The best explanation, according to Glynn, comes from Francis Crick and Christof Koch who argue that “synchronous firing of nerve cells concerned with the different features of an object also make us conscious of the object.”2 In that case it may be that no extra process beyond recognition and response to an identified object is at play, hence “any machine with analysis and recognition comparable to our own would necessarily be conscious.”3