“What a wonderful and amazing scheme have we here of the magnificent vastness of the universe! So many suns, so many Earths…” – Christian Huygens.

We have now seen three interpretations of the universe as ultimate reality: (1) propositional – its unity, order, incomplete accessibility, and uniqueness, (2) representational – its instantiation in particulars such as light waves, atoms, and events, and (3) constitutional, i.e. space-time, mass-energy, and evolution (or natural logic). Our last model comes from two recent astronomers: Carl Sagan and Neil deGrasse Tyson. I think it is fair to say that neither of these brilliant men believes a deity is behind the universe, rather I suspect they would say the universe is the ultimate manifestation of reality. Let’s review some of their more lofty thoughts. 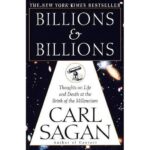 Starting with Sagan, I should say that I do not have a copy of his most famous book, Cosmos, but I do have his last book Billions & Billions with its portentous subtitle Thoughts on Life and Death at the Brink of the Millennium written as he faced what turned out to be terminal cancer. Near the end of the book, we read perhaps his last written words describing his understanding of the universe. He begins by admitting one disagreeable ‘by-product’ of the scientific revolution was its undermining of many of the traditional beliefs that comforted humans in this apparently indifferent universe, but then he offers this insight:

“..I see the emergence in our consciousness of a Universe of a magnificence, and an intricate, elegant order far beyond anything our ancestors imagined. And if much about the Universe can be understood in terms to a few simple laws of Nature, those wishing to believe in God can certainly ascribe those beautiful laws to a Reason underpinning all of Nature. My own view is that it is far better to understand the Universe as it really is than to pretend to a Universe as we might wish it to be.”1

I reproduce this quote exactly as it appears because I believe Mr. Sagan chose his capital letters carefully. Four words – Universe, Nature, Reason, and God – are capitalized, and thus I believe as he approached death, he perceived that these are the four different nuances of ultimate reality as  apprehended by most people. Of course, he does not embrace God as a deity or as the biblical creator, but as a misunderstood characterization of the other three which are better revealed by scientific study than by religious scripture.