After a brief review of the linguistic and philosophical origins of the words ‘universe’ and ‘cosmos,’ and before we examine the purely scientific analysis of them, we must still consider one philosophical issue related to the science of cosmology itself. 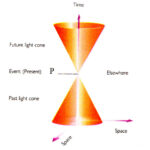 That key question is whether cosmology is an attempt at a description of the universe or its explanation. It is difficult to assert that cosmology is a literal description since only a portion of the universe is observable by humans. In fact, the actual ‘universe’ may not be fully describable by any finite creature given space-time limitations since the field of view is forever limited to what can be observed at the time of the observer as presented by the speed limit of informational exchange in the universe – that is the speed of light.4 Thus the 21st century observer can only evaluate a galaxy one billion light years away as it appeared one billion years ago, not as it is to that galaxy in its equivalent contemporary timeframe.

The significance of this paradox is far-reaching, because it applies to laws discovered or assigned to the universe as well. Since we can only observe a tiny portion of the ‘whole’ that we mean by the word ‘universe,’ then in fact we are imposing any conclusions far beyond the demonstrable. 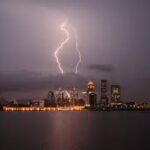 It is like suggesting the science of meteorology be based on the observations of the weather in Louisville, Kentucky made in one hour in 1996. It turns out cosmology is fundamentally different than other sciences where a more definitive set of observations and experiments can be conducted. Similarly compared to other fields of science where there exist many instances of a phenomenon for study towards an explanation, cosmology is thwarted in explaining the universe where there is obviously only one instance (at least which is observable) available.5

What can we conclude from this analysis? The universe as ultimate reality in the thinking of philosophers and of scientists involves four fundamental precepts: (1) the universe is a unity or totality, (2) the universe instantiates an order governed by laws, (3) any human understanding of the universe is and will always be based on limited access, and (4) the universe is a unique instance (at least as can be observed by us). The theist might brashly, but reasonably, point out that these are four of the main characteristics of deity as well. We will consider the significance of this irony later in the current section.

4 Stephen Hawking explains this elegantly in the second chapter of  A Brief History of Time referring not to a field of view, but a cone of space-time.